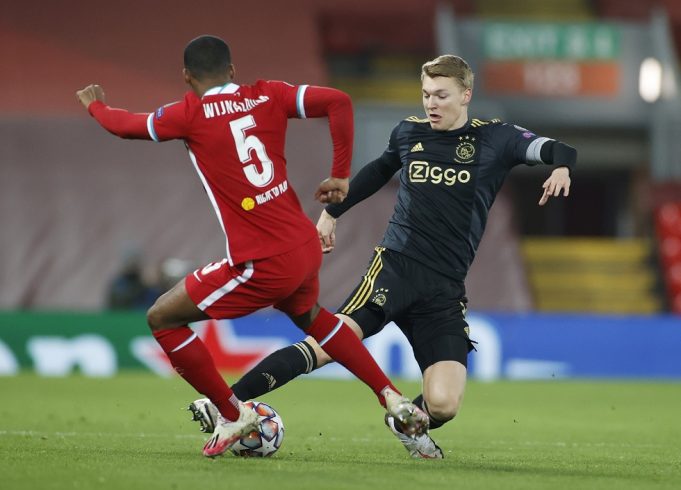 He has been linked strongly with the Reds due to their immediate need for defensive reinforcements.

Schuurs has been likened to former Ajax academy graduate, Matthijs de Ligt. He is still only 21 and rated highly in the Dutch camp. Whether he will cost £68m like his predecessor is unlikely.

Liverpool’s loss of Virgil van Dijk and Joe Gomez early on in the campaign has sparked a need for fresh talent. Joel Matip, Fabinho and Rhys Williams has carried out their duties at centre-half but a quality addition might be necessary.

Schuurs is not too eager to join the Reds despite their current situation. He has worked his way into the Ajax first team and wants to hold onto to for longer. He said, “I am now a starting player which was my goal beforehand. I am very happy about that. I feel at home here.

“I’m not really in favour of going abroad early. I feel at home here so I want to play here for a few more seasons. It is not always fun to read [criticism]. You know when you play at Ajax that you are under a magnifying glass. But if you come out well, you will only be appreciated more.”