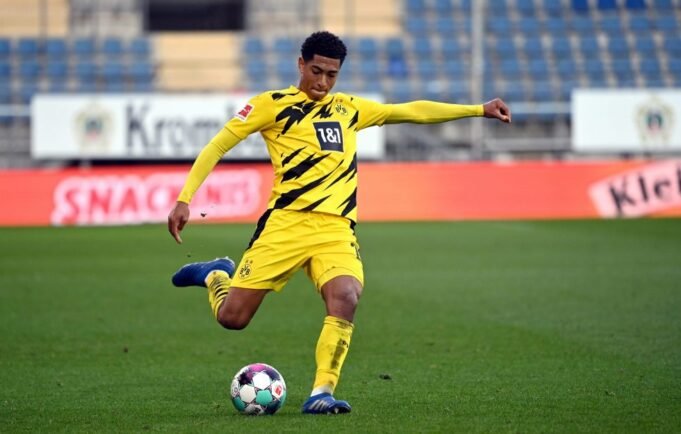 Jurgen Klopp has a good chance of securing Bellingham’s signature in the summer.

Jude Bellingham is in the main plan of Liverpool for 2023. They want to strengthen their squad following poor form in Premier League. The Englishman impressed BBC Sport’s array of pundits.

Alan Shearer is suggesting that, given the talent on the table, it wouldn’t be too long before the England international found himself pulling on another club’s famous colours.

“It’s only a matter of time before he goes on to a huge club like Real Madrid or Liverpool because that’s the talent that you’re talking about,” the former Newcastle United star spoke on BBC Sport.

“First and foremost to be an England captain you have to perform on the football pitch but the way he carries himself, the way he talks, it’s fantastic.”

The Borussia Dortmund midfielder is currently in Qatar and playing under Gareth Southgate for FIFA World Cup. He also netted his first goal against Iran.

Such was the quality of the display that commentator Jermaine Jenas was inspired to describe the 19-year-old as ‘outrageous’.

Jurgen Klopp has a good chance of securing Bellingham’s signature in the summer – perhaps a better chance than most neutrals would give the Reds in light of the competition we’ll face from the likes of Real Madrid and Manchester City.

Our performances in the English top-flight will have to improve, and quickly, in order to ensure we have the European football necessary to throw our hat into the ring, of course.