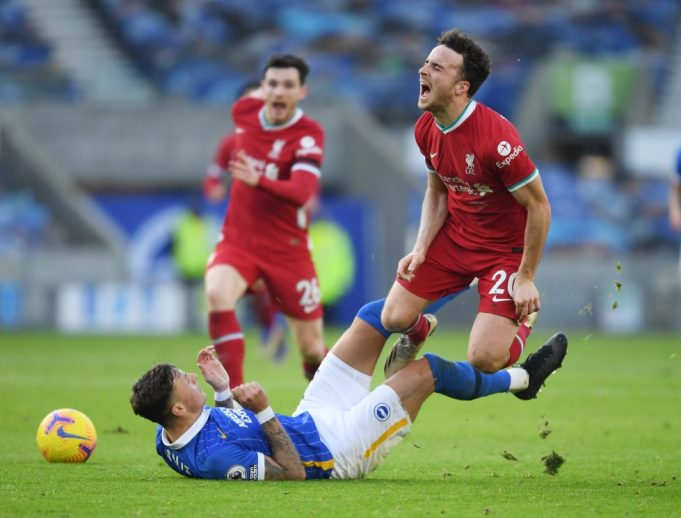 Nuno Espirito Santo said that he would embrace the forward when he returns to the Molineux Stadium on Monday night.

Liverpool signed him from Wolves last summer for a fee of around £45m. Jota started off his Anfield career brilliantly, scoring 9 goals in 20 appearances so far. Unfortunately, an injury stuck to the sidelines for a hefty amount of games.

Nuno reflected: “I will give him a big hug and eventually a kiss – this is how much I like him. If I see him before I will hug him strongly and at the end I will hug him no matter what because I have a big admiration for him.

“We had three years together everyday. I am absolutely sure if Molineux was full of our fans he would have a huge reception.

“What Diogo did with us was amazing, fantastic and beyond words. He was truly admired because he gave everything he had for the club and for us. He joined us in the Championship and put his life and heart here which cannot ever be forgotten.

“He is on his way now and went to a fantastic club and is healthy again and playing football and smiling. We wish him all the best.”