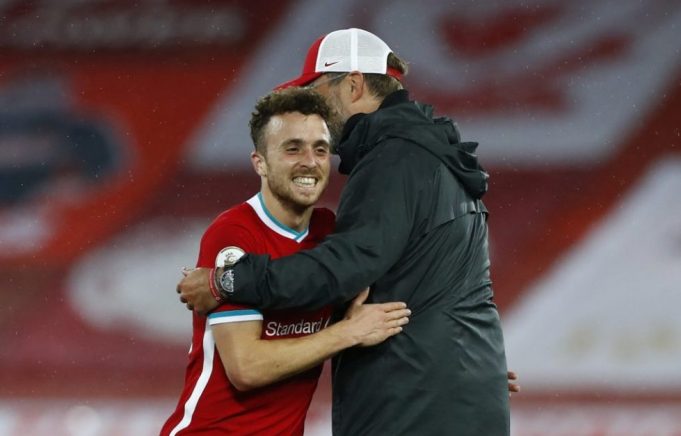 Jurgen Klopp has big plans for Diogo Jota now that he is fit again.

Liverpool’s summer signing from Wolves, Jota, picked up an unfortunate injury last year which took four months to recover from.

“He was a big miss,” Klopp said. “A big miss. “I think from the moment he got injured he was in a really, really good moment, which makes the fact [of the injury], which is already bad, even worse.

“He has already been helpful to us and can play it on a really high level. So he makes us stronger, which is really good.”

Klopp added, “Now he is back and had to play the first game 90 minutes which was definitely not planned, it just happened in the game [against Fulham ].

“And that was the reason why he only played 60 in the second game. He was fine, he felt OK after the game, he was a bit tired, that is normal, but now he should be fine again. So it is really important to have him back for plenty of reasons.”

Speaking about his white-hot start to his Liverpool career, Klopp suggested that it is easier for an attacker to have an impact at an earlier stage.

“To find the fit properly to the maximum extent takes time as well but you can throw in a striker or an offensive player [earlier] because a lot of these things are natural skills,” the German explained.

“If you want to involve them in all the pedals, offensively, then it takes a little bit longer.

“Diogo didn’t have a lot of time, had a little pre-season and then he came into the team at the moment and was quite good. That helped.

“He was lucky enough to have a perfect start as well, so that helps. You cannot compare one situation to the other but for the defender it usually takes longer.”