Liverpool Latest News .com
Home LFC Emmet Gates claims Salah is ‘in the middle of being underrated and...

Gates belives Salah’s style of play has affected views on how good he actually is.

Journalist Emmet Gates feels Liverpool star Mohamed Salah is “in the middle of being underrated and overrated”. He claims the Anfield star’s style of play has affected views on how good he actually is.

Moh Salah has netted nine goals in nine appearances across all competitions for Liverpool this term. He has created new records in Premier League and proved himself among the top players in Europe. a debate over where the 29-year-old ranks among the top talents in world football. His Transfermarkt value is at £90m

Some experts declared him a 29-year-old player the best current player in the world. With numbers favouring Salah, Gates was asked whether he views Salah as overrated amid widespread arguments for him to be recognised as the best player on the planet.

While speaking to GIVEMESPORT, journalist Gates confirms his point. He said, “Salah falls in the middle of being underrated and overrated. There’s a certain very mechanical nature to Salah. He gets the ball, he scores and that’s it. There’s a real lack of almost panache about him, which makes him fly under the radar for a lot of people.”

The Egypt international has scored 211 goals and provided 103 assists in 463 appearances at the club level. He also has 43 international goals in 71 appearances. Salah has 134 goals for the Reds and 34 goals for Roma. He has set the record for most goals in a Premier League season with 32 and 29-year-old star is Liverpool’s all-time leading goalscorer in the Champions League. 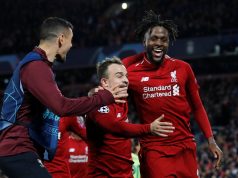