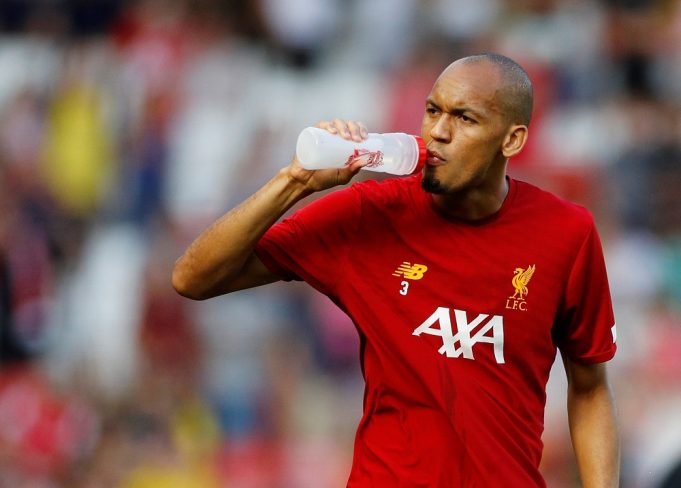 Jurgen Klopp has given Liverpool fans a huge boost with the latest injury news.

Fabinho, Dejan Lovren and Joel Matip has been absent for Liverpool fixtures for over a month now.

The Reds have managed to quiver through this tricky December period while remaining unbeaten. It was remarkable feat with three of their most important defensive units out on the sidelines. They are set to take on Manchester United at Anfield on Sunday, holding a 14-lead at the top of the Premier League.

Jurgen Klopp revealed that all three injured stars could feature in training leading up to the weekend tie. He said, “I wait really until they are on the pitch and somebody tells me they are allowed to do the full session.

“It looks like Joel will be in, it looks like Fabinho will be in maybe a day later, I’m not sure. Dejan, maybe he can be in as well. That means a lot and helps massively of course. But we will see how it looks. The week is very important. The game on Sunday against United, we all know what people expect from us from that game. It will be a big one as well and we try to be ready for that.”

With Joe Gomez returning to form at centre-back and Virgil van Dijk still fit, Liverpool’s defensive line seemed to pull through without Matip and Lovren but the return of Fabinho could be key. The former AS Monaco man is the ultimate shield to the Reds backline sitting in the midfield pivot. Jordan Henderson has done well to cover Fabinho’s position but the 1-0 game agains Tottenham proved, just how difficult the job truly is.