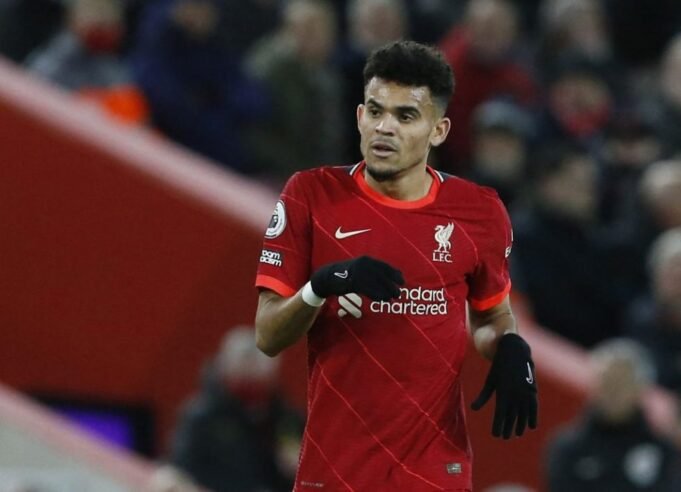 Luis Diaz has become a key part of the side out on the left wing.

Italian journalist Fabrizio Romano has revealed that Liverpool beat three clubs including Barcelona, Tottenham, and West Ham to the signing of Luis Diaz in January.

The Colombia international joined Liverpool from FC Porto earlier this year and has become a huge favourite of supporters at Anfield with his tireless work rate and energetic performances.

The Italian transfer specialist explained what ‘made the difference’ as the Reds beat their rivals to secure the 25-year-old’s signature.

“My understanding is that Barcelona had conversations with the player’s agents but it was never got to an advanced stage between the clubs as Porto wanted a €60m package for him,” Romano told CaughtOffisde.

“There was also interest from others – Tottenham and West Ham were also pushing – but in the end Klopp and Liverpool’s plans made the difference.”

Diaz has been excellent for Liverpool before suffering an injury during this season. He has netted 10 goals and provided six assists in 38 appearances for the club across all competitions.

Former Porto star is recovering from his knee injury and he has become a key part of the side out on the left wing.

Barcelona president Joan Laporta spoke publicly recently and confirmed that the Barca even held discussions with Diaz’s agent before he moved to Anfield.