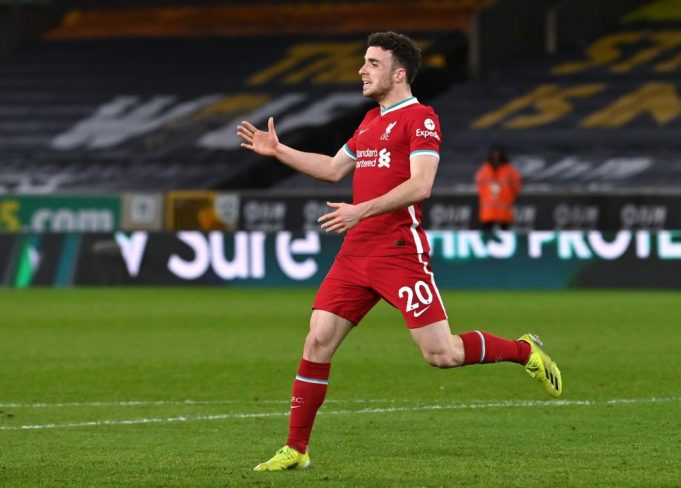 Arsenal great, Ian Wright believes Diogo Jota has put himself in contention to start at Liverpool.

Since coming in from Wolves last summer, the Portuguese international has had a massive impact for the Reds.

His presence has been a breath of fresh air up top when the rest of the Liverpool attackers aren’t exactly firing. Mohamed Salah has maintained his scoring form but Roberto Firmino and Sadio Mane have let their form drop recently.

Jota spent three months on the sidelines but came back to score twice in Liverpool’s 3-0 victory over Arsenal. Wright said, “You look at him now and think, yeah, he’s probably one of those that Liverpool have got who can come on.

“He can easily get 15 or 20 goals a season. We’re talking about not being there for so long and he’s in, scoring goals and you feel he’s just going to be a mainstay, without a shadow of a doubt.”

Jurgen Klopp definitely will have to consider starting Jota more seeing how he is the one regularly chipping in with goals. His energy, speed and eagerness to get into the box always make it tough for opposition defenders. He is still only 23 and has the potential to develop into a real star at Anfield.