Liverpool Latest News .com
Home england I was the manager, Klopp was not: Buvac
Advertisement

Jurgen Klopp’s former assistant manager Zeljko Buvac has said that the manager was completely dependant on him for 17 years.

“I did the coaching job, with the exception of the interviews”, when asked about the role he played under Jurgen Klopp.

“It felt like I’ve been the manager for all those 17 years. I had all the functions and tried to influence my team as much as I could to help them succeed, but I didn’t need that kind of attention.”

He said: “At the moment I don’t want to be a coach. When Barcelona calls me I will think about it, otherwise not.

“You say I’m here just to stay occupied and wait for a better chance, but if you knew what kind of offers I had rejected during the pause in my career, you wouldn’t have said that. I won’t tell you which clubs.”

Buvac was asked about Liverpool’s title win.  Buvac replied: “I didn’t. I was happy for Liverpool, the fans and the players.”

Woah, that is some really intense accusations from the former assistant coach. Klopp has achieved some great things in football – do you really think he did not make it happen on his own? 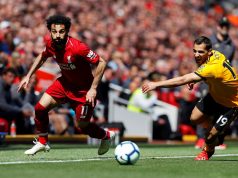