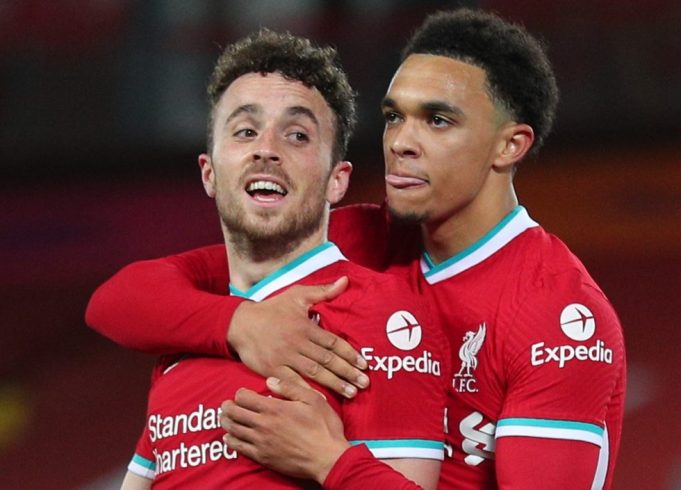 Trent Alexander-Arnold could be burnt out, according to Liverpool great James McAteer.

The Red’s starting right-back seemed to have dropped his effectiveness this season.

That is expected after multiple seasons of performing at the highest level and winning silverware. However, McAteer believes that he is still the very best out there and needs to play the important fixtures like the upcoming game against Manchester United.

“However, there isn’t such a thing anymore as the ‘perfect right-back’ nowadays. Years ago, your right-back was a defensive player who was there to protect the back four, he was there to help the winger and every so often he’d get forward. However, the modern right-back is practically a winger.

“Trent’s best qualities are when he goes forward. His crossing and fitness are sublime, but defensively that there are question marks over him.

“As a manager, you need to decide if you want this defensive player in your side or someone who is more attacking, which is what Klopp wants and that’s why Trent is a perfect fit. For Gareth Southgate, it depends on what he wants for each game and who fits the position best against each opposition.

“There have been games this season where he has lacked quality, which is surprising given how high he has set his own bar for performances. But when you’re in the media spotlight playing for Liverpool and you don’t reach the level of performance that you did previously, you are going to get scrutinised.

“It’s similar with Mohamed Salah in his first season where he scored so many goals, when he didn’t match that the next season, people said he was finished, when in hindsight, his stats are simply phenomenal.

“What Liverpool have done under Klopp in the last few seasons is brilliant, and there was bound to be a drop off point somewhere.

“When a player is slightly older and more into their career, you can handle it better, but with Trent, he’s young, he’s played football at the highest level and playing every week.

“It’s a lot of mental pressure for a young player to deal with. He looks worn out mentally and physically, and his brain looks fried.

“Despite this, you still have to play him in the game against Manchester United. It’s the biggest game of the season in the Premier League so players don’t feel tired in the build up to it. If Klopp wants to rest him for a few games, you do it after the United game.”