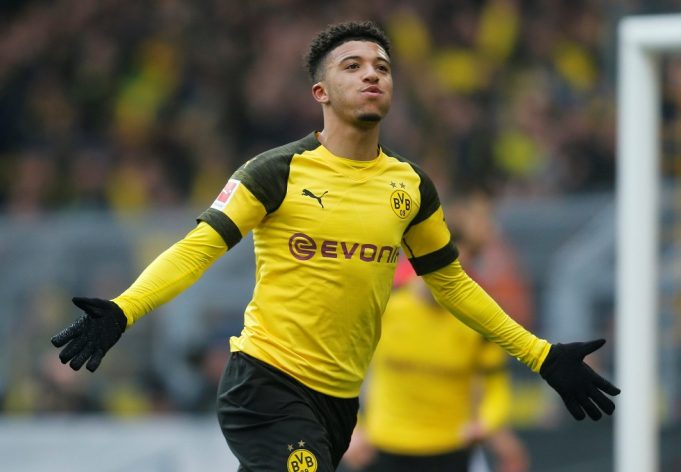 Manchester United fans were thrilled to hear that Jadon Sancho was heading to Old Trafford this summer but the latest reports have said otherwise.

It seemed like the battle had been won when Borussia Dortmund announced just how much they wanted for Sancho.

Liverpool, Chelsea and United were the only contenders from the Premier League but only Ed Woodward was ready to pay the €130m asking price. The Reds and Chelsea dropped out with the Red Devils waiting to put the deal across. However, the Times reporter Tom Roddy has revealed that Barcelona and Real Madrid are also interested in the 19-year-old.

Roddy claimed that a Dortmund exit is inevitable and that Sancho’s advisers have told him to prioritize a La Liga move. The ambitious winger has set his sights on becoming the best player in the world and he has higher chances of that with Real Madrid and Barcelona.

This is a huge blow to Manchester United since they are nowhere close to being one of the world’s best teams. Sancho can also take some inspiration from the path of Cristiano Ronaldo, who left the Premier League in 2009 to earn 4 Balon d’Or awards with Real. Both Barca and Real have set their sights on Neymar and Kylian Mbappe respectively.

If both were to fail, Sancho would be a far cheaper and worthwhile investment. The winger has been directly involved in 30 goals out of 35 appearances for BVB this season. He is going from strength-to-strength since moving away from Manchester City in 2017. United will take relief in knowing that Sancho’s England teammates still think he will return to the Premier League.