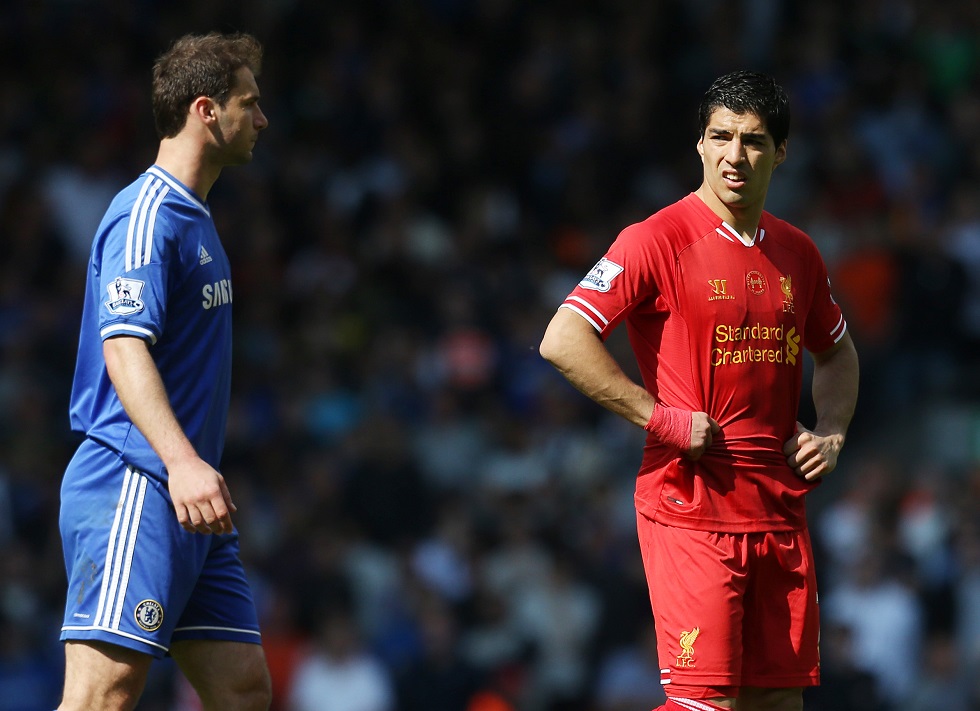 Jamie Carragher has blamed Luis Suarez for Liverpool’s failure to win the Premier League title in 2014.

After a strong run under Brendan Rodgers, the Reds were at the top of the table right till the last two games of the season.

Unfortunately, Liverpool fell to a defeat against Chelsea and were held to a 3-3 draw against Crystal Palace in the final game, which allowed Manchester City to make ground and win the title.

Many rival fans blamed Steven Gerrard and his infamous slip against Chelsea to be the real cause behind Liverpool’s misfortunes but Carragher believes it to be Suarez’s.

The Uruguayan international had to undergo a ban at the start of the 2013/14 campaign for biting Chelsea’s Branislav Ivanovic the previous season. Carragher insists Suarez’s ban ultimately ended up costing Liverpool the title.

“I wasn’t aware of any of this but got back into the dressing room and then word comes in that Luis has bit Ivanović,” said Carragher. “Someone asked him and he denied it. I think on that, that it cost Liverpool the league the next season.

“Suárez was banned for five or six games (the following season). Suárez was the best player by a mile in the league – he scored almost every game. In the first four games he missed, Liverpool lost 1-0 to Southampton and drew at Swansea. They dropped five points. If Suárez is playing, they probably win both of them, but let’s be conservative, you beat Southampton at home.