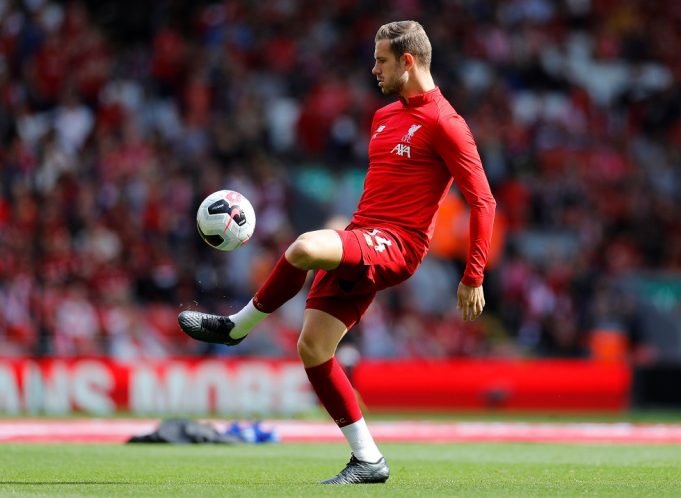 Jurgen Klopp believes fans are finally starting to appreciate Jordan Henderson’s talents for what it is.

“People maybe need to get used to that – that somebody who is not Steven Gerrard has the captain’s armband – and he didn’t get the credit he would have deserved,” said Klopp, as quoted by the Telegraph.

“But since I am here, Hendo has played 90% of the games he was available, if not more. I thought he played an exceptional season last season, to be honest. They were big, big steps. There were a lot of good games which were not seen as good games before that. I got told that, I didn’t realise it, so thank God somebody told me so I could help him maybe a little bit to judge these things right.

“With Jordan, I don’t read newspapers, but I heard that people were not happy with this or this or this and I could then react to that. It’s important that I can say I’m completely happy with the performance even when the public perception is different – you get grades that look like you weren’t really relevant on the pitch and if I see it differently, then I tell it to the players. I know exactly what was expected so it’s the more important feedback. If you fulfilled that job, it’s good.

“If he scores two goals, but other things went wrong for example, then I would tell him as well. That’s what a coach does. I need to know about these things so I can work with it.”