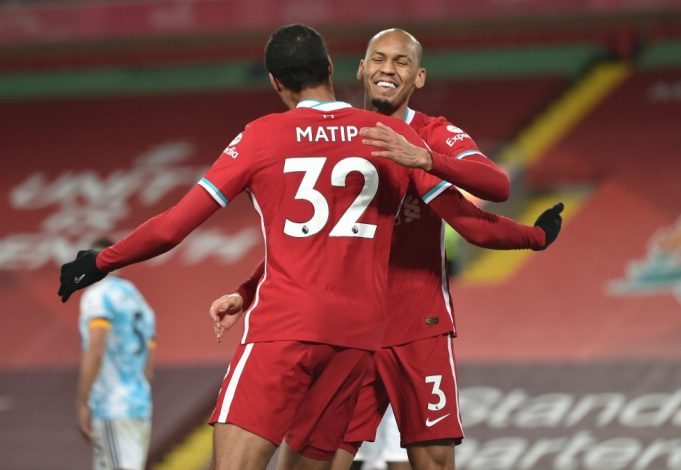 Liverpool could have some of their key personnel back this week.

With the Reds set to face Chelsea next, Jurgen Klopp could receive a huge boost ahead of the Thursday tie.

Liverpool managed an impressive win over Sheffield United but their season has been disrupted with endless injuries. The blows keep on coming week after week as Jordan Henderson also fell to a groin pull last week. Now, the Reds skipper is set to miss eight weeks.

Klopp told reporters, “Alisson and Fabinho, I’m pretty sure [will be available]. With Diogo, he was with us in the hotel, but he got sick overnight and we had to send him home. It depends how quick he will recover, obviously.

“He was in the squad and as I said before, he trained with the team and it all looked really good but unfortunately he got sick overnight. I think he will be available, but I don’t know.”

Diogo Jota’s prolific form from earlier in the campaign has been a miss in attack. But Fabinho returning to the fold will be an even better boost, seeing how inexperienced the backline is right now.