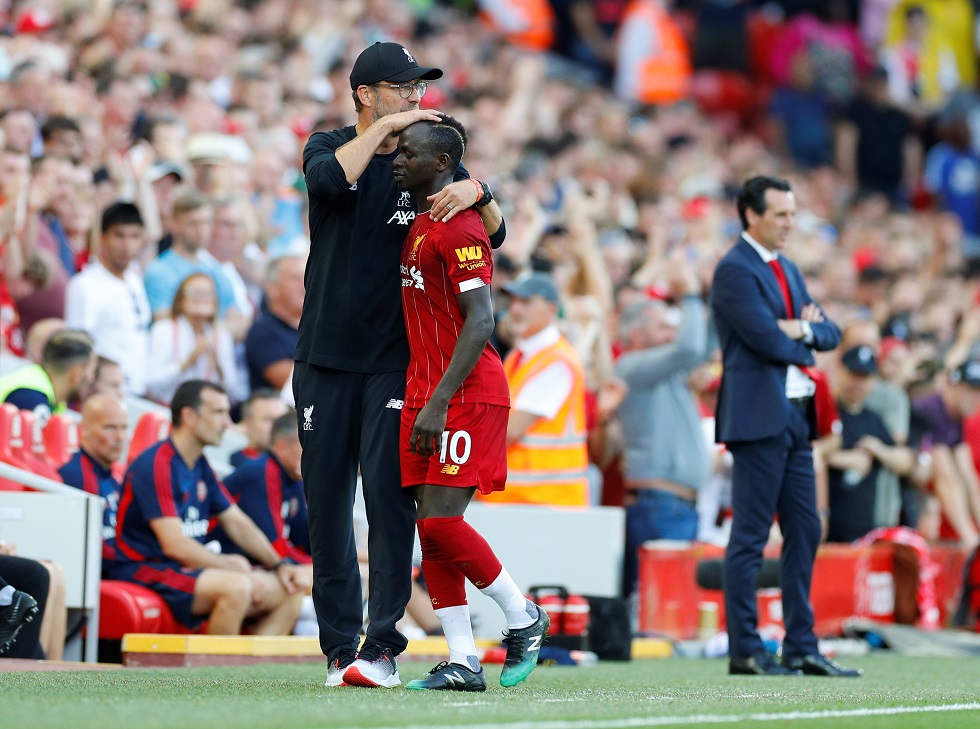 Jurgen Klopp has disputed Jamie Carragher’s claims that Sadio Mane might have been rushed back by the Liverpool boss.

The Reds winger spent his summer helping his country, Senegal to the Africa Cup Of Nations final. His holiday was cut short but Mane still managed to make an appearance against Norwich City on the opening day of the Premier League.

Sky Sports pundit, Jamie Carragher implied in his column that Mane could suffer from burnout. He said, “Mane has become so important that Klopp is reluctant to leave him out and let him have a rest.”

However, in response to this, Klopp said, “I would love to hear Jamie Carragher if I had left Sadio out. The punditry is a world-class business – I have to think about if I don’t do that after my (management) career because you can say whatever you want and you always put a finger in something.”

“I think if I am 100 per cent right then Sadio doesn’t have to go away on international duty with his national team after Burnley which will help him, and then after that, we have a full week to prepare the next opponent,” the German continued.

“With him at least. Others players will come back later, Tuesday, Wednesday, but yeah, of course, we have an eye on it, but unfortunately, we are responsible for making a decision how often they can go.

“You have to ask the players and that’s an important thing as well – as long I see in their eyes they really want and I see the session in midweek. It’s not about having only two weeks’ break, it’s about having that intensity always.”