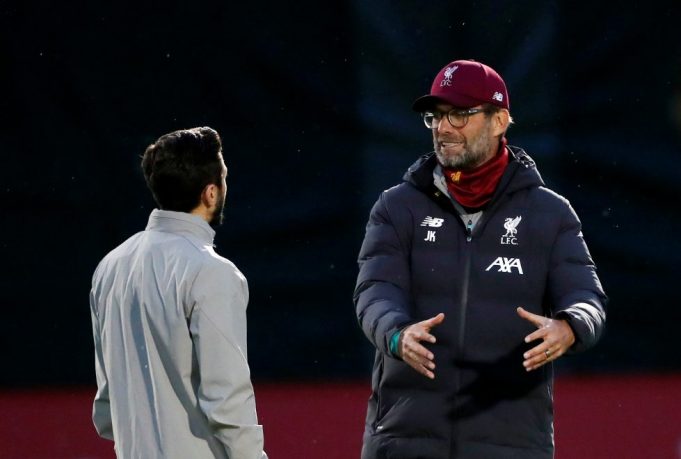 Jurgen Klopp has been impressed by the next lineup of youth talent at Liverpool.

He called up several of them to train with the first team this week.

“It’s very important but there is still some distance between us and the U23s,” he said. “They cannot play exactly as we do for many reasons. The boys know before they arrive for our training what we want them to do. Those that have come up so far have been incredible.

“Nat [Phillips] and Rhys [Williams] played an excellent game. Curtis [Jones] is the best example. We are blessed with a lot of talent.”

“[Luis] Longstaff, [Paul] Glatzel, Leighton Clarkson, Jake Cain, they look sensationally well,” the German added. “Billy [Koumetio] is back as well after all the little, big issues he had.”

Young goalkeepers Vitezslav Jaros, Marcelo Pitaluga and Jakub Ojrzynski were noticed training with the senior side as well. Liverpool face Leicester City next but we can expect to see at least one of these names make their debuts soon.

Liverpool’s injury crisis might open up an opportunity for any one of these academy products this season. Curtis Jones has already made the step up and earning more and more minutes.