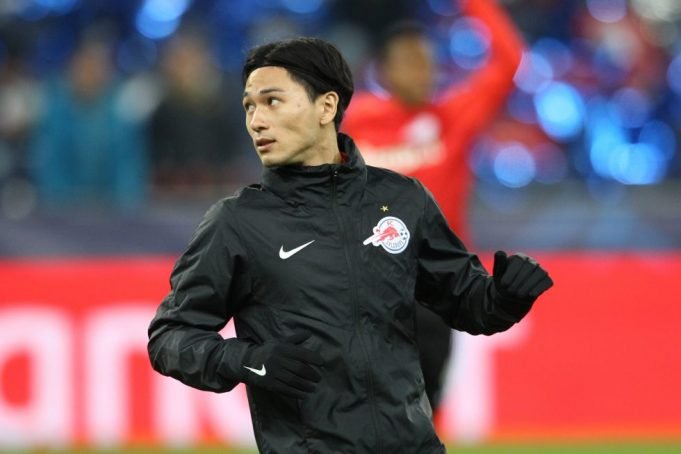 The Japan international has reportedly agreed terms with Liverpool after losing 2-0 against them in the Champions League group stage.

Reports claimed the Reds have activated a £7.25m release clause in the player’s contract, beating the likes of Manchester United and AC Milan to his signature. Minamino

“There’s nothing else to say about it actually. We speak about it like we do with all transfers, potential transfers, when it’s sorted and not earlier.

“Very good player, I can say that, but I saw a few very good players in the Salzburg team, to be honest, much more than I wanted – especially in the first half! So that’s it.”

Liverpool already have two Salzburg graduates in Sadio Mane and Naby Keita in their lineup. They have a strong relationship with the Austrian side. If Minamino does arrive at Anfield this January, he will fighting the likes of Jordan Henderson, Naby Keita, Giroginio Wijnaldum, Alex Oxlade-Chamberlain and Xherdan Shaqiri for a spot in midfield.

Liverpool have done well in pursuing the 24-year-old but they should be concerned about there defence line. Injuries have left Jurgen Klopp with just Joe Gomez and Virgil van Dijk as his senior options at centre-half.