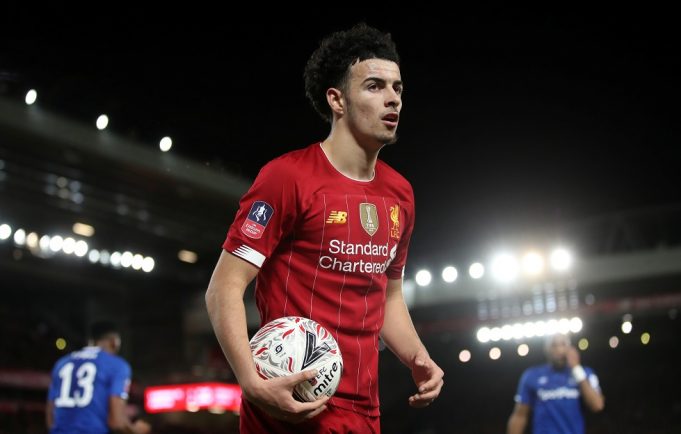 Jurgen Klopp hopes to get the best out of Curtis Jones in the coming years.

It was once another smashing display from the 19-year-old in the 7-2 win over Lincoln City.

He scored twice to guide his side to a fourth-round tie against Arsenal. Klopp has praised the midfielder’s output and plans on developing him further.

“I think each game is ideal for Curtis to play in because of the quality he has, the skills he has,” Klopp told a media conference. “First half, really good. Start of the second half, really good. And then there is still space for improvement, obviously.

“Both goals were difficult. I think the second goal, the first touch was absolutely exceptional. It was slightly deflected, but that’s just exceptional. I think everybody knows my opinion about Curtis. He is an exceptional talent and we will have some fun with him, I’m pretty sure, in the future.”

New signings, Diogo Jota and Kostas Tsimikas also made their Liverpool debuts in this game. It was an ideal setup to get some minutes under their belt. Jones is definitely pushing for more minutes in the senior side. He could be the long-term replacement for Sadio Mane or Mohamed Salah if he manages to fulfil his potential.