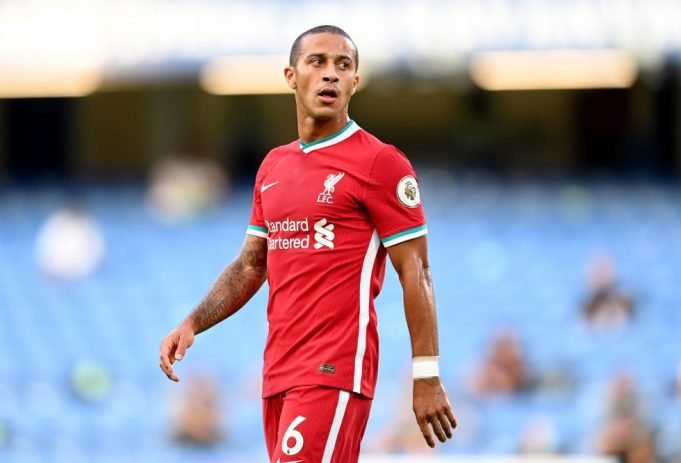 Jurgen Klopp won’t be rushing Thiago Alcantara back from his injury for the Newcastle tie.

Liverpool take on the Magpies on Wednesday but will be without their star summer signing.

Thiago has missed most of his debut campaign so far with injury troubles. He made two Premier League appearances and injured his knee in the 2-2 draw against Everton in October.

The Spaniard has recovered nearly but is still being assessed. Liverpool cannot afford another setback in one of their key players for the future. Klopp has steered his way past these injuries quite expertly but he has reiterated more caution in his team selection.

“I like watching all my players play,” Klopp told reporters. “With Thiago, he had a few minutes until he got injured, so of course we are looking forward to that but it’s not really likely he’ll travel.”

Liverpool play Southampton in the new year and then Aston Villa in the FA Cup four days later. With hopes of Thiago returning then, Klopp explained, “He needs a few sessions. He was out a long time after a really harsh challenge.

“There was a proper impact, nothing ruptured, nothing broken, but that still took time. We will not rush it, so I don’t know [when he will be back].”