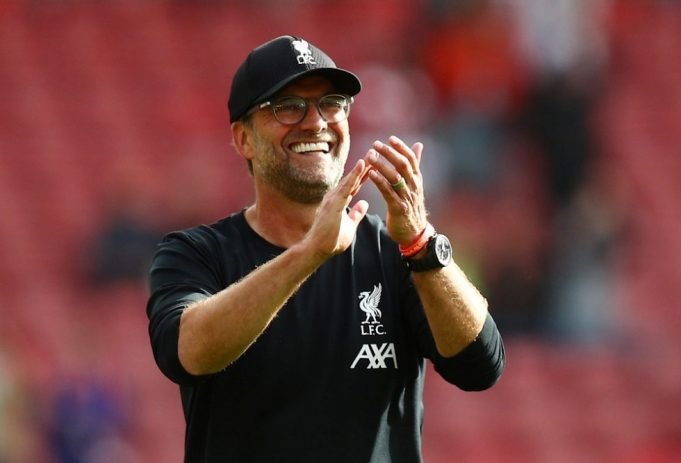 Jurgen Klopp admired the overall effort of his squad

Liverpool manager Jurgen Klopp shows special praise for his squad ahead of the Premier League clash with Manchester United.

Liverpool are playing a top-class football this season. They recently moved into the FA Cup final after beating Manchester City 3-2. They will now face Chelsea on May 14 at Wembley.

Liverpool have already won the Carabao Cup, and they are favourites to win Premier League and Champions League as well.

Jurgen Klopp admired the overall effort of his squad: “In our situation it is clear.

“But the boys behave… and if we achieve anything this year, whatever it will be, it is because of how all the boys deal with the situation, and that means as well the boys who were not in the squad from time to time.

“They keep still the training quality at [an] extremely high level. Really all credit to them, it’s absolutely outstanding.

“So, now making decisions, I have to do something. I don’t run on the pitch, I don’t score goals, I don’t defend, all these kind of things.

“I have to do something and decision-making is one of the things I have to do. That’s all about, you try to figure out how it is, you try [to decide] what is [the] best possible formation.

“We have to think about intensity in the past, who played how often and all these kind of things. We didn’t have that situation too often.

“Usually in that part of the season we are already on three wheels and try to get somehow through, so hopefully we have to make these decisions until the end of the season.”