The young playmaker from Salzburg came on the cheap but with a decent reputation to be an excellent option from the bench. He did not get firing immediately and took his time instead to settle down and now the player is enjoying a rich spell.

Jurgen Klopp has noticed the development and profusely praised the midfielder for his brilliant performance in Liverpool’s 7-2 win over Lincoln City last night.

“I loved Taki’s game tonight, to be honest – it was absolutely outstanding and involved in so many situations,” Klopp said post-match.

“He looked really well. The opponent had to kick off seven times [after our goals] and the first guy who chased the opponent again when they received the pass was Taki. He set the rhythm for all these pressing and counter-pressing situations, so I really, really liked the game tonight.” 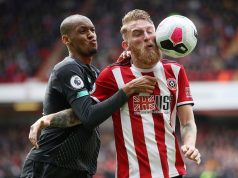