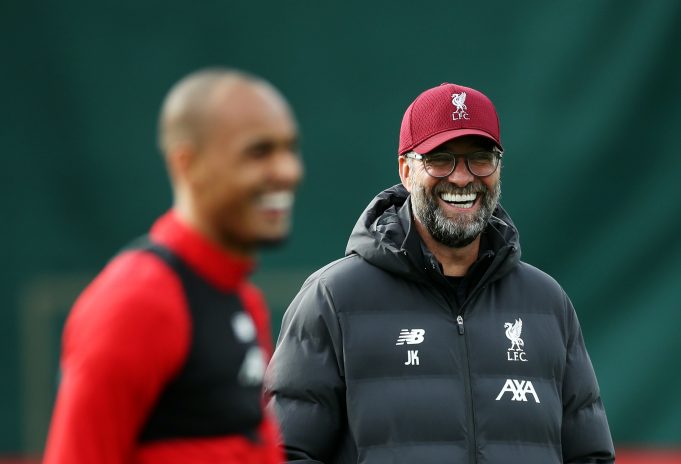 The 18-year-old has been coveted as the “new Joel Matip” due to his strong, tall and powerful frame.

Thiaw’s ball playing abilities have also drawn comparisons to Liverpool’s centre-back ace, who formerly manned the Schalke backline. Matip is one of Klopp’s favourite players in the Reds lineup and is often picked as a partner to Virgil Van Dijk.

Thiaw is following a similar path as the Cameroon international back in Germany. The teenager appeared just once in the Bunesliga this season but many of his coaches rate him highly. Thiaw’s contract is also due to run out in June 2021 with a release clause inserted worth £7m.

Schalke are obviously looking to tie down the youngster to a new deal but Liverpool swoop him up right now. Reports suggest that contract negotiations have stalled right now between Thiaw and the Bundesliga outfit.

The Reds currently have a solid defensive lineup of Van Dijk, Joe Gomez, Matip, Andy Robertson and Trent Alexander-Arnold. However, it is always necessary to keep the performance line well oiled with young players offering up more competition. A player like Miaw could be well developed under Klopp’s supportive system at Anfield.