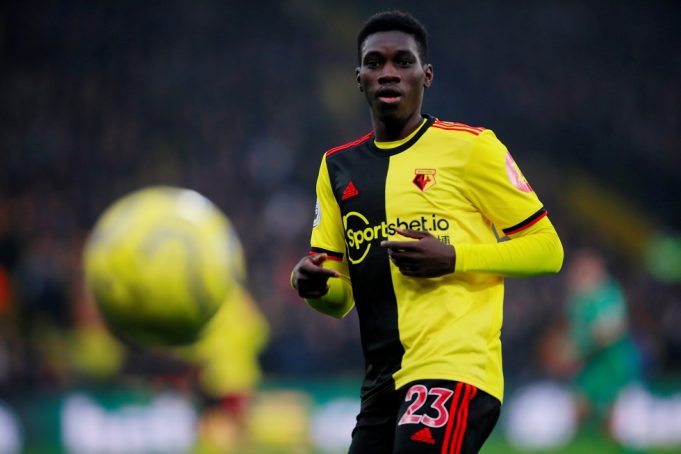 But they ended up signing Diogo Jota from Wolverhampton Wanderers.

The move turned out to be a brilliant one as Jota has been on red hot form ever since he came in. He is regularly challenging for a starting berth which is what fans wanted in their front three.

Of course, Liverpool’s title defence has been woefully bad this season owing to injuries. Further reinforcements are expected to keep Liverpool fighting for silverware under Jurgen Klopp. Could that mean a bid for Watford’s leading frontman?

Sarr’s value is bound to have dropped after the Hornets got relegated last season. He was being shopped around for £40m or higher last summer but could be available for £20m from July.

The Athletic journalist, James Pearce said, “LFC were clearly very keen on him a year ago, I’d need to check whether that interest remains. He would certainly be a bit cheaper.”

Liverpool do have players who could be offloaded after this season. Alex Oxlade-Chamberlain, Xherdan Shaqiri and Divock Origi could be made available for sale. Sarr would be the ideal replacement for any one of the three at just 23 years of age. He has collected 12 goals and 10 assists in 37 Championship appearances.