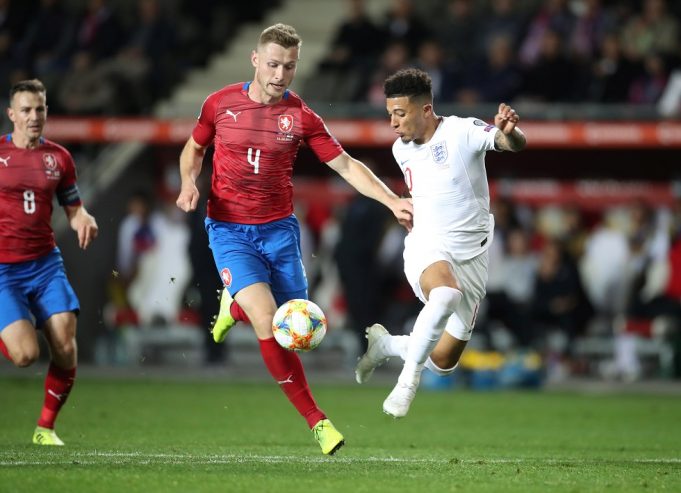 Liverpool have been tipped to sign Jadon Sancho in the summer by Sky Sports journalist, Kaveh Solhekol.

Sancho was once again instrumental for Dortmund in their 2-1 triumph over PSG on Tuesday night.

Liverpool are among the op European clubs after the teenage winger but will the Reds be able to pull of his transfer? Solhekol certainly believes so as he wrote, “It is difficult to say where Jadon Sancho will be playing next season because so many clubs want him but if I was a betting man, my money would be on Liverpool.

“Sancho is one of Jurgen Klopp’s top summer targets and he would find it hard to turn down a move to Anfield if Liverpool end up winning the Champions League as well as the Premier League this season.

“Manchester United are confident they can get Sancho in the summer, but they need to qualify for the Champions League first and they don’t have the Klopp factor. If he was to move to Liverpool, Sancho would be joining a club who are likely to dominate English football for the foreseeable future.”

The only issue at Liverpool will be playing time for Sancho. The youngster could be demotivated by the presence of Mohamed Salah and Sadio Mane in the front three, both of whom are two of the best in their positions. Sancho could be a huge prospect for the future but not a guaranteed starter right now.