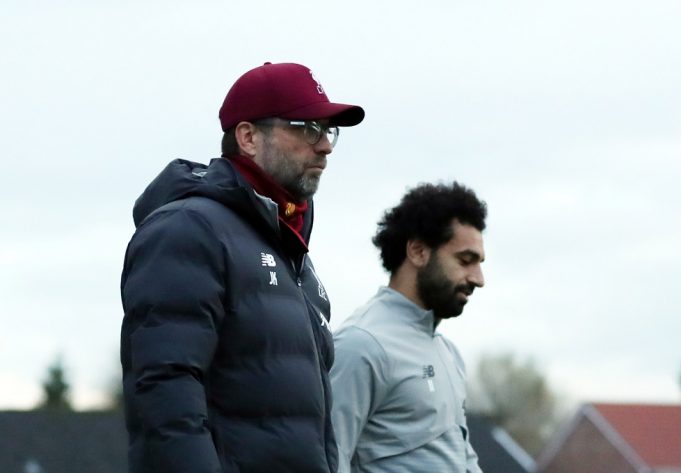 Jurgen Klopp does not think Mohamed Salah’s uncertain future has anything to with his dip in form.

The Egyptian was kept on the bench in the 1-0 defeat to Burnley on Thursday, one that ended Liverpool’s 68-game unbeaten run at home.

When asked if Salah will handed a start in the FA Cup tie against rivals Manchester Unite, Klopp replied, “Yes, it makes it absolutely likely that Mo will start. I don’t think that is a massive secret.”

The German boss was further pressed on Salah’s contract situation having an impact on the team.

“I don’t think so,” he replied to one such suggestion. “That’s a normal thing as well in the world of football.

“It’s not that we go out and talk about things we think are important, it’s pretty rare. But we get asked questions and we answer and that’s the story and [it looks like] we started the conversation.

“In most cases, it’s not like that. No, I don’t think it will disrupt the season.”

The Reds are currently fourth in the table after winning just once in their last 5 outings. One of them was a draw against Sunday’s opponents, United. Liverpool are clearly missing some of the venom in their attack that they are revered for.