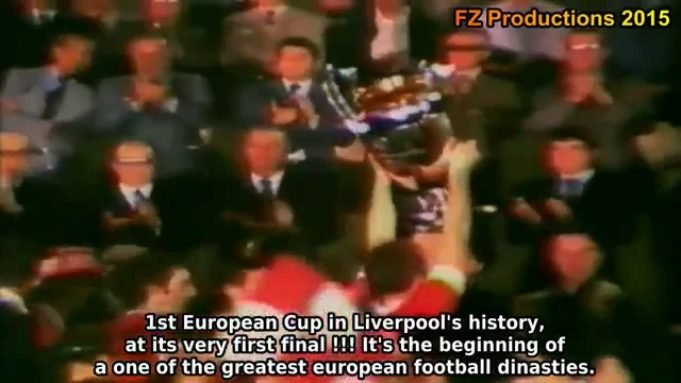 The Reds will face Tottenham in Champions League final 2019. Liverpool vs Tottenham H2H stats shows The Reds have the edge in the head to head stats with 82 wins, and are unbeaten in their last games against Spurs. Spurs have won 48 previous meetings, with 42 ending all draw.

In European competition, Liverpool have faced Spurs only twice, during the semi-finals of the 1972-73 UEFA Cup. Both teams won their respective home legs but Liverpool advanced to the final on away goals and eventually won the tournament by beating Borussia Monchengladbach in the final. 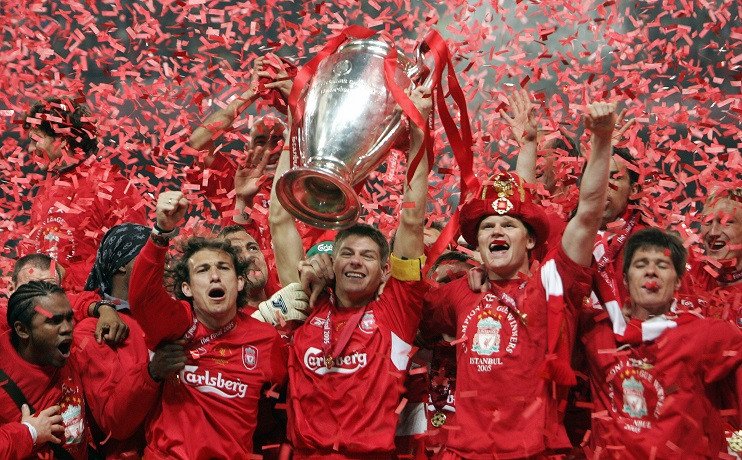 How many Champions League titles have Liverpool won?

Liverpool Champions League results past few years has been decent, but The Reds were a dominant force in the late 70s and early 80’s.

The Reds won four Champions League titles with great players like Kenny Dalglish and Graeme Souness. They have the great manager Bob Paisley to thank for that dominance in that era.

This was Liverpool’s first ever European Cup Final and their opponent was Borussia Monchengladbach who Liverpool beat in the Final of the 1972-73 UEFA Cup to win their maiden European trophy.

The match was played at the Stadio Olimpico in Rome. Borussia Monchengladbach had a very fine scoring opportunity in the 24th minute but Rainer Bonhof’s shot hit the post. Four minutes later, Terry McDermott opened the scoring for Liverpool after cashing in on a pass from Steve Heighway.

Borussia Monchengladbach equalised early in the second half thanks to Allan Simonsen who went on to win the Ballon d’or that year. The German side had a chance to take the lead but Uli Steilike’s shot was saved by Liverpool goalie Ray Clemence.

In the 64th minute, defender Tommy Smith scored after receiving a pass from Heighway to restore the lead for Liverpool. Liverpool had several calls for a penalty turned down but won one in the final 10 minutes when Berti Vogts brought down Kevin Keegan. Right-back Phil Neal scored to put Liverpool 3-1 up. At the end of the final whistle, it was joy for Liverpool and despair for Borussia Monchengladbach.

Reigning champions Liverpool managed to reach the final once again. This time, their opponents were Club Brugge who beat a strong Juventus side to reach their first and till date, their only European Cup Final.

Club Brugge deployed a defensive approach to prevent Liverpool’s attackers from scoring. Their goalkeeper Birger Jensen was having a busy day but was up to the mark. However, Liverpool’s attacking intensity broke Brugge in the 64th minute when a pass from Graeme Souness found Kenny Dalglish who opened the scoring for Liverpool.

During the final stages of the game, a backpass from Alan Hansen found Jan Sorensen who attempted to equalise but his shot was blocked by Ray Clemence before Phil Thompson made a goal-line clearance. At the end, Liverpool triumphed again, thus becoming the sixth club to retain the Champions League.

After two successive exits in the first round of the European Cup, Liverpool managed to reach the final of the 1980-81 European Cup.

Their opponents in the final were Real Madrid who were in theri first European Cup final since 1964. Both sides attacked hard during the game but none were able to score.

Then in the 82nd minute, a throw-in from Ray Kennedy found Alan Kennedy who ran down the left-flank, dribbled past Real defender Rafael Garcia Cortes to score past Real keeper Agustin Rodriguez. The goal boosted Liverpool’s morale as they tried hard to extend their lead only for Agustin Rodriguez to foil them. The score remained 1-0 and Liverpool won their third European Cup, making Bob Paisley the first manager to win three European Cups.

After their win in the 1980-81 season, Liverpool exited in the quarter-finals of the next two European Cups. However, the Reds managed to reach the final of the 1983-84 European Cup.

The venue was the Stadio Olimpico at Rome, the very ground where Liverpool won their first European Cup 7 years back.

Their opponents were the team who played their football at the Stadio Olimpico for over three decades- AS Roma. Roma were the favorites due to the home advantage and the Roma fans were not particularly kind to the Liverpool team.

Despite this, Liverpool opened the scoring after only 13 minutes after an attempt to clear the ball from the Roma penalty are by Michele Nappi saw the ball land onto the feet of Phil Neal who scored. Neal thus became the first Liverpool player to score in more than one European Cup final.

Liverpool had a chance to score a second goal but Graeme Souness’ volley was ruled offside. Roma had a chance to equalise through Bruno Conti but Liverpool custodian Bruce Grobbelaar saved his shot.

The score remained 1-1 at the end of regular and extra-time. Hence, the match would be decided by penalty kicks, thus making this the first European Cup final to be decided on penalties.

Substitute Steve Nicol took Liverpool’s first penalty but hit it over the crossbar. Roma skipper Agostino di Bartolomei scored to give Roma the advantage but not before taking the ball from Francsesco Graziani who intended to take the first penalty. Phil Neal made it 1-1  before Bruno Conti shot over the bar to keep the scores even.

The next three penalties were all converted and the score was 3-2 to Liverpool. Graziani eventually stepped up to take Roma’s fourth penalty but hit his shot over the crossbar. Alan Kennedy who scored the winner of the 1981 European Cup final, had the chance to win it for Liverpool once. Kennedy sent Roma keeper Franco Tancredi the wrong way and scored as Liverpool celebrated a fourth European Cup triumph.

It took 21 years for Liverpool to reach another Champions League Final. This time, their opponent in the final was an Italian club, like in 1984. Only this time, it was AC Milan. The venue for the match was the Ataturk Stadium in Istanbul.

It took just 52 seconds for AC Milan to open the scoring after skipper Paolo Maldini volleyed in from a free-kick taken by Andrea Pirlo.

Both teams had scoring chances but none were able to do so before the 39th minute when Hernan Crespo struck to double Milan’s lead. Crespo added another in the 44th minute and Milan ended half-time at 3-0.

Entering the second half, everyone thought Milan would win their 7th Champions League title. However, no one had any idea about what was to come. Just 9 minutes into the second half, Steven Gerrard scored to pull one back for Liverpool.

Xabi Alonso stepped up to take the penalty. Dida blocked his shot but Alonso scored from the rebound to equalise for Liverpool. Both teams had chances to beak the deadlock but no goal was scored in regular or in extra time and the final went to penalties.

Liverpool scored their first two penalties while Milan missed their first two penalties. Serginho hit his shot over the bar while Andre Pirlo had his shot saved by Liverpool goalie Jerzy Dudek. Jon Dahl Tomasson scored his penalty while Dida saved John Arne Riise’s penalty. Kaka and Smicer scored their respective penalties and the score was 3-2 to Liverpool.