McGarry said, “This (Werner) is a guy who since he signed from Stuttgart in 2016 has scored 60 goals in only 108 appearances – so he’s got a very good goals-to-games ratio. (He’s a) 23-year-old German international, has been interesting Liverpool for a long time.

As we all know on the Transfer Window Podcast, and our educated listeners know this as well, when a player refuses to sign a new contract it’s usually because he’s got an agreement in place somewhere else. My information is Liverpool are very close to agreeing personal terms with Werner.

Obviously they have been lacking a natural No 9 out-and-out striker for some time. Divock Origi hasn’t made any impression, Daniel Sturridge has obviously had his injury problems and has failed to make an impression when he’s come on this season. Adding a proper No.9 to their already very potent attacking force is something Jurgen Klopp has been very, very keen to do.

Whether they win the title or not I think that’s something they will press ahead and recruit anyway.”

Timo Werner has been in fine form for RB Leipzig this season so far. In 31 appearances across all competitions, he has scored 17 goals and has provided 6 assists. Hence, the addition of Werner will be highly beneficial for Liverpool if they do so. 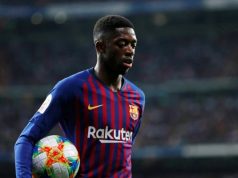