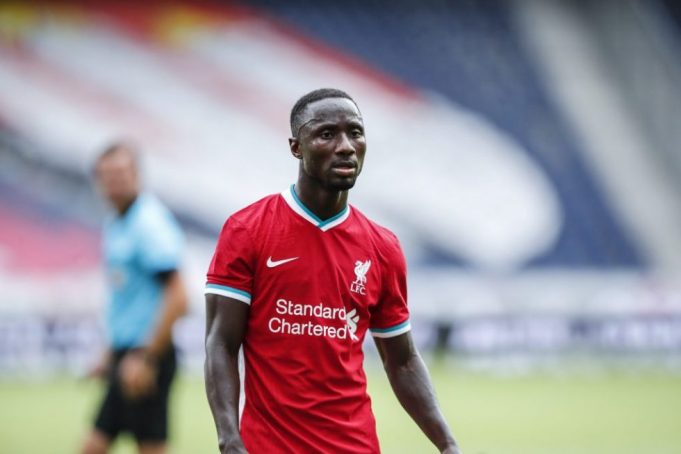 Naby Keita could leave Liverpool this summer, according to The Liverpool Echo.

The report claims that Alex Oxlade-Chamberlain, Divock Origi and Keita is on Liverpool’s for-sale list for this summer.

This might a bit of surprise seeing how Keita has started both Premier League games for Liverpool this season. He even but in impressive performances to warrant a warm reception from Klopp. Should The Reds sell him right when he is finding his feet at Anfield?

The midfielder’s time at Merseyside has been blighted by injuries and inconsistent gametime. He has yet to justify his price tag of over £60m that Liverpool paid for him two seasons back. But with Gini Wijnaldum exiting the club this summer, perhaps Keita has path open to cementing himself as a key piece in Klopp’s system.

The New Guinea-international is finally seeing open waters in front him. If he were to leave, Liverpool will need to sign a replacement, one they will find it hard to do on such short notice.

None of their prospects have panned out this summer with every lead running up to a dead end. One player who does pose a threat to Keita’s future is Harvey Elliot. The teenage prospect showed his potential in the win over Burnley and he might win playing time over his senior teammates.