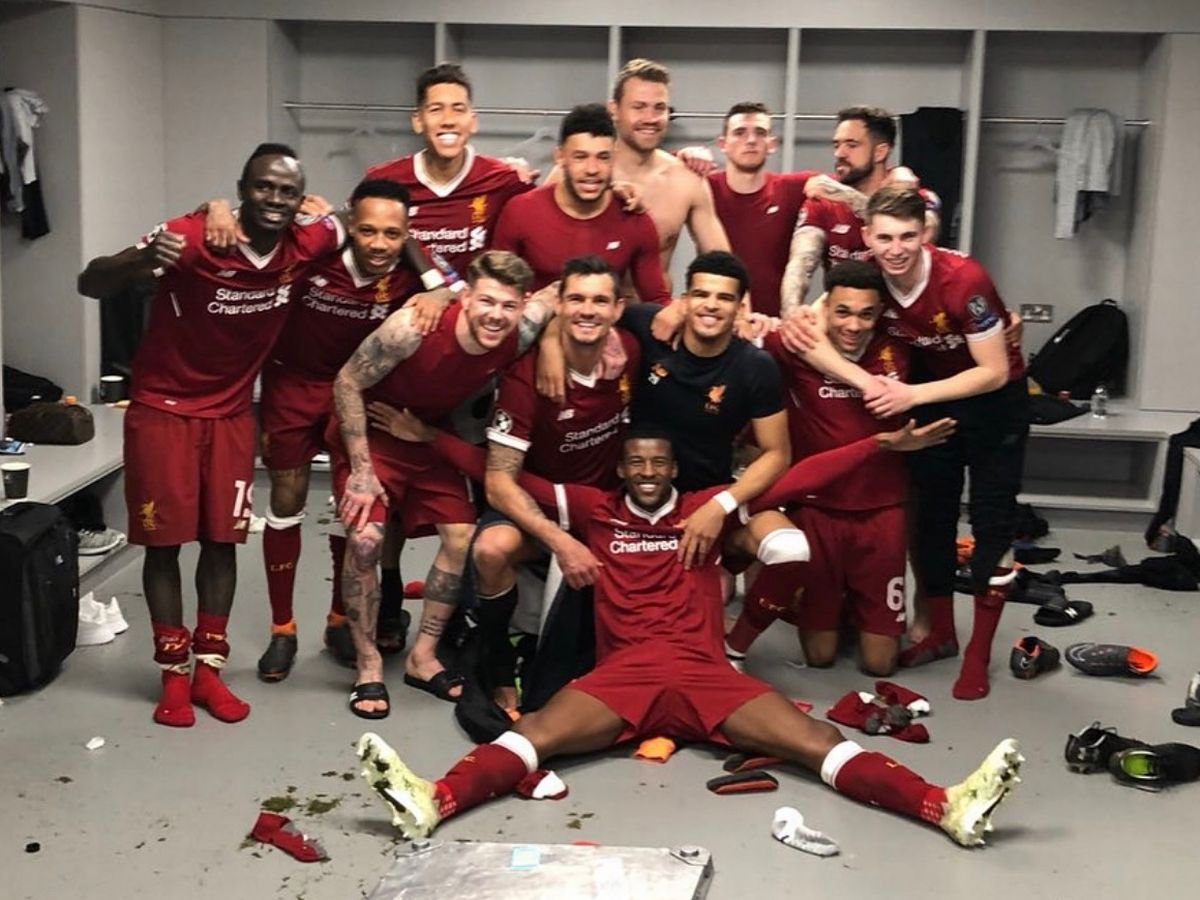 Liverpool play host to teams in one of the most iconic stadiums in the world. They are the home team of Anfield, a place where other teams are afraid to come.

The facilities are obviously top-notch with lockers for every player. They have a bench with cushioned seats for the players. There are a sauna and a mini therapy table inside the dressing room as well.

The away team dressing room has exact same features ensuring the home team do not get any technical advantage. 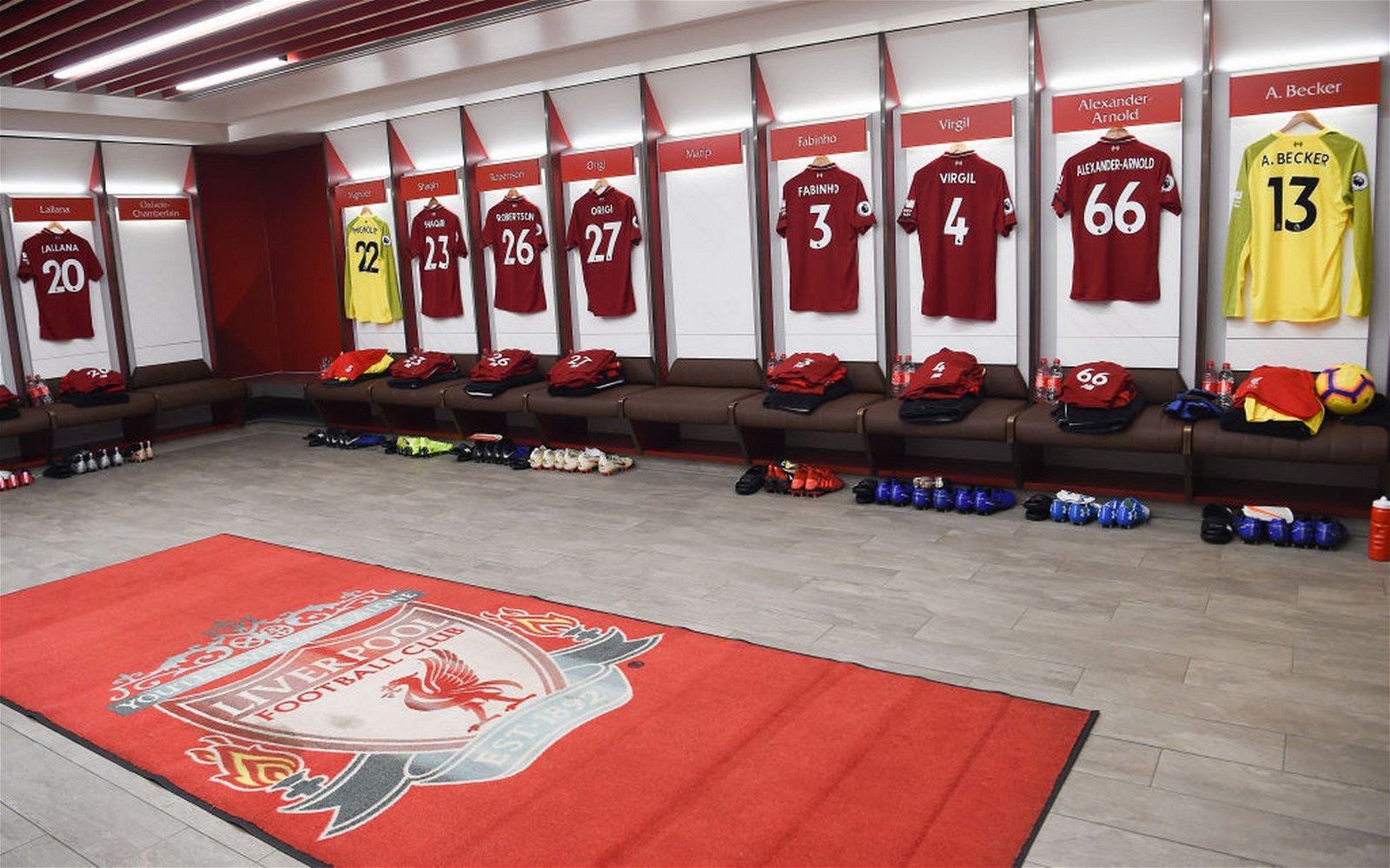 The atmosphere inside the dressing room:

There are players who can charge up to one room inside Anfield: These are the likes of Virgil Van Dijk, James Milner and Jordan Henderson. Although it is Henderson who wears the badge, the job of picking up the players more often than not falls on Milner who does not go easy on the players in that dressing room. 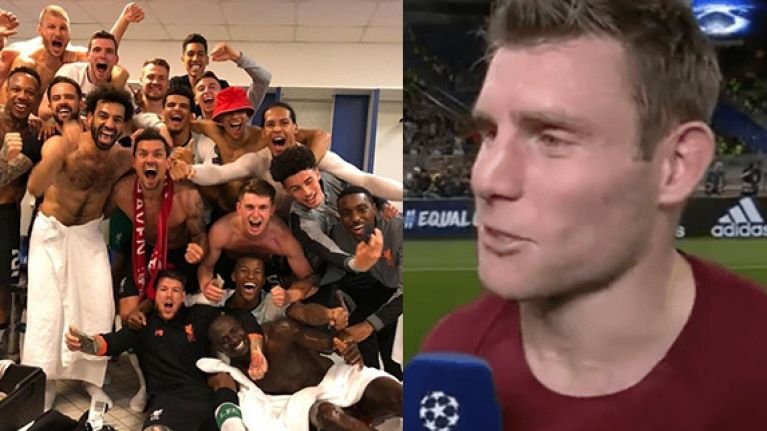 Music inside the dressing room:

The last song recorded inside the Liverpool dressing room was God’s plan by Canadian rapper Drake from Spotify! Who put it on though?

“Hendo is in charge of the music,” keeper Simon Mignolet told the ECHO. “The moment we arrive in the dressing room after getting off the coach the physios put the playlist on.”

“I don’t get involved but it’s a real mix. Alberto (Moreno) has his Spanish songs and Roberto (Firmino) has a couple in Portuguese. “We have a certain playlist for just before a game. It’s always the same sequence. The last song that gets played before we step out on to the pitch is ‘God’s Plan. Then it’s down to business.”

The most famous thing inside the tunnel while walking out from the dressing room to the pitch is the “This is Anfield”  banner plastered to the wall. The custom and tradition over there is that only the players from the home team can touch it while walking out and away players do not even think about messing with that culture. 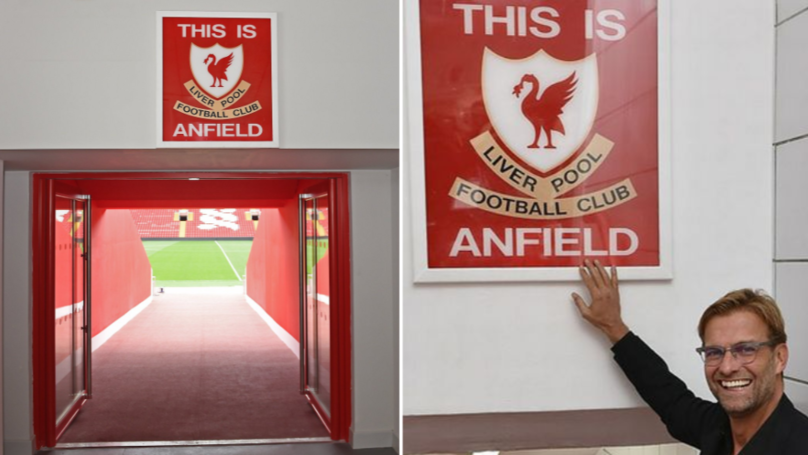 Here are some of the best quotes about Anfield stadium and how players are afraid and at the same time in awe of it.

“I sat there watching the Liverpool fans and they sent shivers down my spine. A mass of 40,000 people became one force behind their team. That’s something not many teams have. For that, I admire Liverpool more than anything.”

“Liverpool’s fans are just amazing. The best feeling I have at away games is at Anfield. It is just incredible. I love it. You get goosebumps when you see their supporters sing ‘You’ll Never Walk Alone’.”

“At Anfield, even experienced players can have a bad start because of the excitement of playing in such a stadium. Pushed by their fans, the Liverpool players seem unstoppable.”

“I have never heard anything like it before and I don’t think I ever will again. It is the best atmosphere I’ve ever played in. I walked out into that cauldron and heard that singing and saw that passion. The hairs on my arms were standing up. To see a spectacle like that is inspiring to anyone.”

“Anfield isn’t a football ground, it’s a sort of shrine. These people are not simply fans, they’re more like members of one extended family.”

“I felt the power of Anfield, it was magnificent.”

“I used to stand on the Kop when I was here in 1969. The atmosphere and passion on the pitch as well as the terraces was intoxicating and Liverpool became part of me from that day on.”

“The last half an hour against Dortmund [at Anfield] is the best [atmosphere] I’ve ever had. I felt nobody could stop us. I wasn’t sure we would score a goal but it was crazy.” 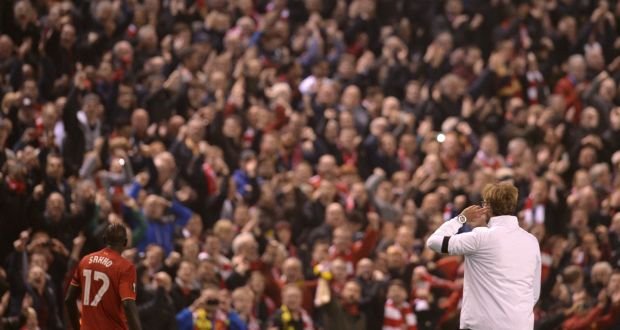 “I’ve missed the fans. The atmosphere is unbelievable, it’s amazing. Everyone who’s played for Liverpool knows how important the supporters are. They know they are in my heart.”

“The ground was shaking 50 minutes before the game during the warm-up. I have never known anything like it. At the end I felt like jumping in and celebrating with the fans. They are the best in the country by miles.”

“The Italians thought they had heard noise in the San Siro I can tell you they had never experienced anything like the noise from the Anfield fans as the cup was carried round. When we heard the crowd I could understand how intimidating it was for the Italians. But it gave us a great lift. People talk about the atmosphere at the St Etienne game, when David Fairclough was the hero, and Istanbul, but that night against Inter Milan was something special.”

“For me it was the greatest atmosphere I ever played in. Older supporters will talk about the Inter Milan and Celtic games in the sixties, but there was no doubt in my mind that St Etienne was the best. There was a sense of anticipation about the game and it hit home when we heard that there were thousands of fans gathering around the ground early in the morning, never mind late afternoon. It was a real pressure game and the supporters played their part.”

“The atmosphere from the word go was electric and with the early goal everybody just seemed to explode at the same time. It was unbelievable the support they gave us and I think everyone who was at the ground on Tuesday will remember it for a long time.”

“That atmosphere was better than anything I’ve known and I’ve been involved in some great nights recently. The games against Roma, Juventus and Olympiakos were unbelievable, but that was something else…there’s none better than our fans or Anfield on a European night”

“What I remember most from that night was the Anfield atmosphere… and that should worry Manchester City as they prepare for Wednesday’s quarter-final.

“It was stunning, one of the loudest, most intimidating walls of pure emotional noise I have ever heard.

“Sitting on the bench in the opening minutes, it brought the hairs up on the back of my neck. People say top-class professionals are not affected by the atmosphere, but believe me, they are. Chelsea were a case in point that night.”

“With the equaliser, it was an atmosphere where everybody, except our supporters, believed it was meant to be.”

“If you think back to the Champions League final against Milan and coming back from 3-0, that contributed to the energy in the stadium.

“Liverpool had no positions any more and it was like everyone here believed in this lucky punch and unfortunately we gave it away.

“When they scored the first goal we reacted well and scored a third. When Liverpool equalized perhaps there was a change in belief in the stadium and perhaps a feeling that it was meant to be.”