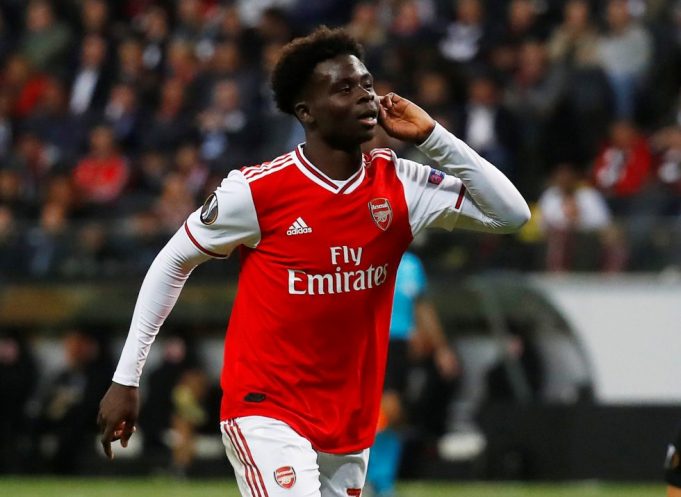 Bukayo Saka is valued at a reported €65Million according to Transfermarkt.

Liverpool are claiming to eye a future deal to sign Arsenal player Bukayo Saka. The Englishman is expected to get interested from various European clubs.

He is on the radars of some big clubs after showing good performances under Arteta. He earned the Arsenal Player of the Year award in only his second full season and he also found a way to play for the England squad as well.

Saka is now an integral part of the Southgate’s squad who were the runner-ups of EURO 2020. He is valued at a reported €65Million according to Transfermarkt.

Liverpool are reported in the DailyMail to be planning an offer to steal him from Gunners with encouragement from the player’s entourage who are said to be interested in making such a switch happen.

As per the claim of The Transfer Window Podcast, Saka himself is also open to making such a switch.

“As much as I’d love to believe that Saka will see out his entire career in north London, I understand that the club will need to match his ambitions in the coming years, but I don’t see why we wouldn’t be able to do that at present.

“I believe we have the best young talent in the Premier League, and with the team all flourishing in the same team over the coming years, there is an extremely high ceiling for what we can achieve, starting with a run into the top four this season.

“I don’t see either of our young and exciting attacking quartet leaving, with all four in top form at present and integral to our current and near future.

“Also, I’m not sure that Liverpool will be flying high in the long-term, with Jurgen Klopp having returned them to the fore, and wouldn’t be shocked to see them fall apart once he finally gets moved on.