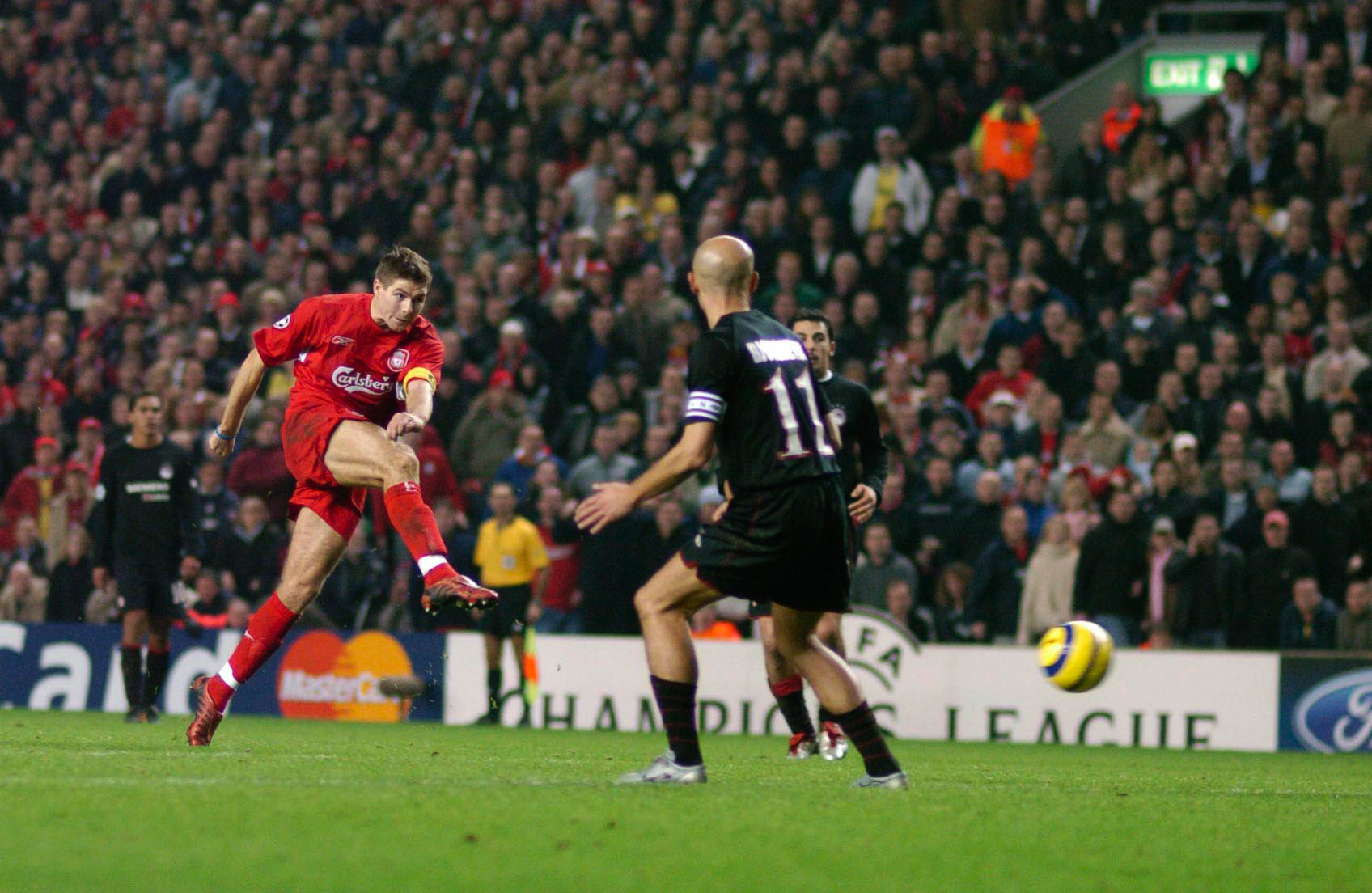 Over the seasons, Liverpool have scored some real screamers. Here we will take a look at Liverpool’s best 10 goals.

The first goal the legendary Steven Gerrard scored. Well over 150 more goals did follow after that but the first strike was as sweet as any. It came at Anfield and the player justified his young talent of scoring long rangers.

Gerrard has scored plenty of long rangers, some extremely crucial, some important enough to either save Liverpool or even win them matches and tournaments. However, this one stands out simply because it has helped the Liverpool fan base remember the young boy who came through the academy and went on to become a club legend.

Gerrard was pursued by lots of big clubs like Chelsea and Real Madrid but he stayed put at Liverpool and his loyalty in this money-making generation of football is an honour worthy.

One of Europe’s most fearsome strikers back in the day, when Liverpool signed Fernando Torres from Liverpool, he rocked the big stage on full throttle.

Torres came to Liverpool with a big reputation to score but what he achieved was simply outstanding. Torres became the second-best player in the Ballon d’Or race by beating the likes of Kaka and Messi. He scored goals galore for Liverpool, many of them so good that other strikers or players cannot even think about. However, this one stands out in everyone’s memory.

He ran on to a long ball from Steven Gerrard to the right side of the pitch just outside Blackburn’s penalty box. One-touch to chest the ball and bam he volleyed it power, precision and guile over the keeper to the far left corner of the goal!

For Liverpool fans, nothing comes bigger than goals against their arch-rivals Manchester United. They scored the big goals in these intense rivalry spat derbies.

One such free-kick master of Liverpool was Riise. The defender was a left-back by trade but had a sweet left foot and could strike the ball into the goal from anywhere on the pitch.

He rarely scored a better goal than this, however, and what made the moment even better was the fact that he did against Liverpool’s biggest rivals. To beat Manchester United!

Liverpool had earned a free-kick on the outside right of the Manchester United box. About 30-40 yards outside the goal.

Steven Gerrard rolled the ball into his path and the set-piece routine was played into perfection. He then took one sweet hit on it and slammed it into the roof of the far past of the United post the next second!

This man, the guy they call God in Anfield has scored plenty of unbelievable goals in a Liverpool shirt. However, what was probably his finest finish came against Villa when he took it, latched on to it and finished it with unerring accuracy. What a piece of skill!

The older we go, the better we find. Like wine! Liverpool star McAllister scored this beauty against the Catalan kings Barcelona in one of those big European nights at Liverpool.

The goal itself was just a penalty but the nerve to hold that tension and send Liverpool to the finals of Europe at Anfield made him iconic at Liverpool.

Another iconic and legendary night at Anfield. Playing Newcastle United is always a big occasion and this game swung wildly from left to right as Liverpool went on to clinch it 4-3 in the dying embers of the game when Collymore slotted it with finesse with his left foot!

Nothing fancy about the scoreline except that Liverpool won it 7-0! The goal has been described as the best goal Anfield has ever seen as a teamwork goal which looked like clockwork back in the 1977 fixture! It was the final goal, a classic end to an absolute rout.

Chelsea fans look away! The ghost goal as the Champions League fans call it but it was the goal which sent Mourinho’s all-conquering Chelsea side out of Europe. To make it more iconic it helped Liverpool to the final of Europe against AC Milan in Istanbul and we all know what happened that night!

A classic European night as back then Etienne were one of the best European sides. They carried a 1-0 lead to Anfield and got a quick goal away which meant Liverpool needed 3.

3 they got, with super sub-Fairclough scoring the third to clinch a famous win at Anfield!

Yes, it is out legendary captain again and those who have seen this strike know why it is here. Those who have not, go watch it. We are still left speechless!