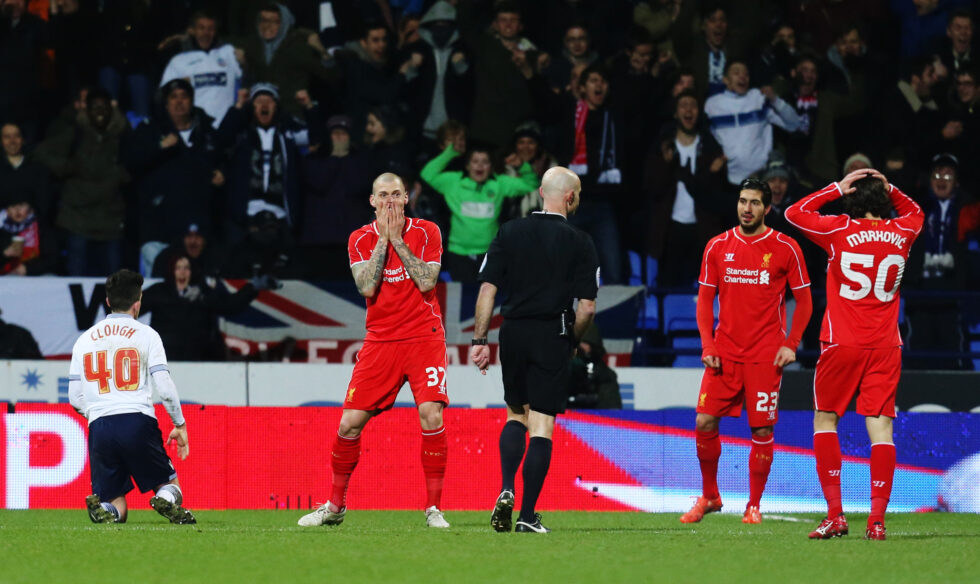 However, every big club has to go through some dark phases and has to face forgettable defeats. Like any other big club, Liverpool have had their fair share of poor defeats against superior, mediocre and inferior opponents.

Now, we will take a look at Liverpool’s biggest defeats ever. Liverpool lost 7-0 on two occasions. The first of them came against Sunderland in December, 1912 at Roker Park. Just 17 minutes into the game, Sunderland opened the scoring thanks to Charlie Buchan before Harry Martin doubled it just 6 minutes later.

Jackie Mordue scored Sunderland’s third and Buchan scored his second to put Sunderland 4-0 up at half-time. Buchan completed his hat-trick in the 67th minute and scored another two goals to complete a 7-0 rout for Sunderland.

The next instance of Liverpool tasting a 7-0 drubbing came against West Ham at the now demolished Boleyn Ground in 1930. It took just four minutes for West Ham to open the scoring thanks to Stan Earle and after another three minutes, Vic Watson doubled West Ham’s lead. Watson completed his hat-trick to put West Ham 4-0 ahead. Earle scored his second of the match before Wilfred James scored West Ham’s 6th. Watson scored his 7th of the match to complete a 7-0 drubbing of Liverpool. 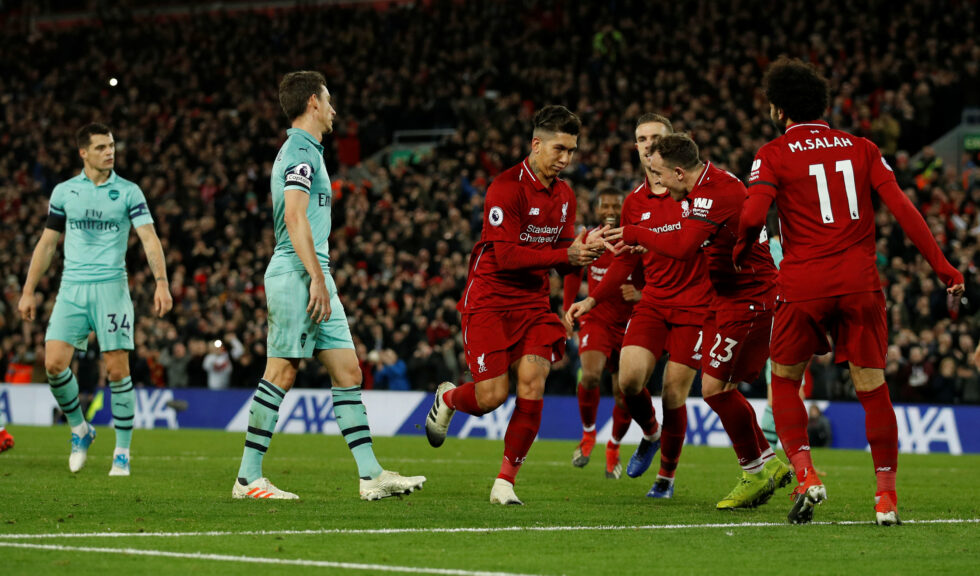 Liverpool had the misfortune of getting drubbed 8-1 on two occasions. The first came in 1932 against Bolton Wanderers. Bolton thrashed Liverpool 8-1 to register the biggest win in the club’s history at the time. The only Liverpool goal in the match came from Scottish winger Danny McRorie.

The second instance when Liverpool received an 8-1 trouncing came just two years later when they faced Arsenal. Arsenal forwards Ray Bowden and Ted Drake both notched up hat-tricks while Cliff Bastin and Jack Crayston bagged a goal each. Alf Hanson scored Liverpool’s only goal of the match. 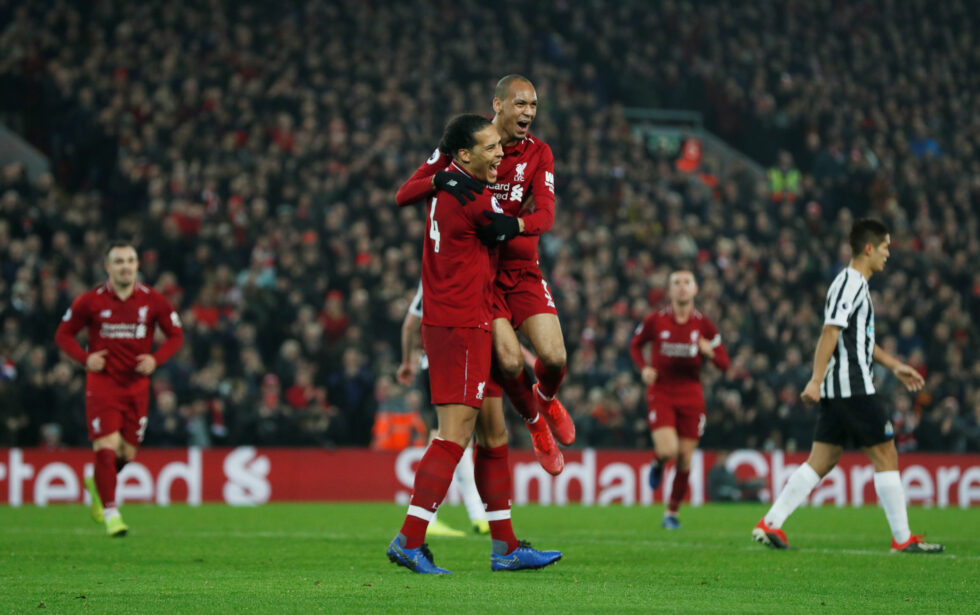 The 1930s is perhaps a decade no Liverpool fans would like to remember. The Reds faced some of their nightmarish defeats during the decade.

One of these came against Newcastle during the 1933-34 season. Hat-tricks from Jimmy Richardson and Sam Weaver along with goals from Jimmy Boyd, Tommy Lang and Ron Williams saw the Magpies trouncing Liverpool 9-2. Harry Taylor was the only Liverpool player to score a goal as their second goal was an own goal from Newcastle’s Alec Betton.

The 9-2 win remains Newcastle’s biggest win over Liverpool and will certainly not be surpassed for a long time. 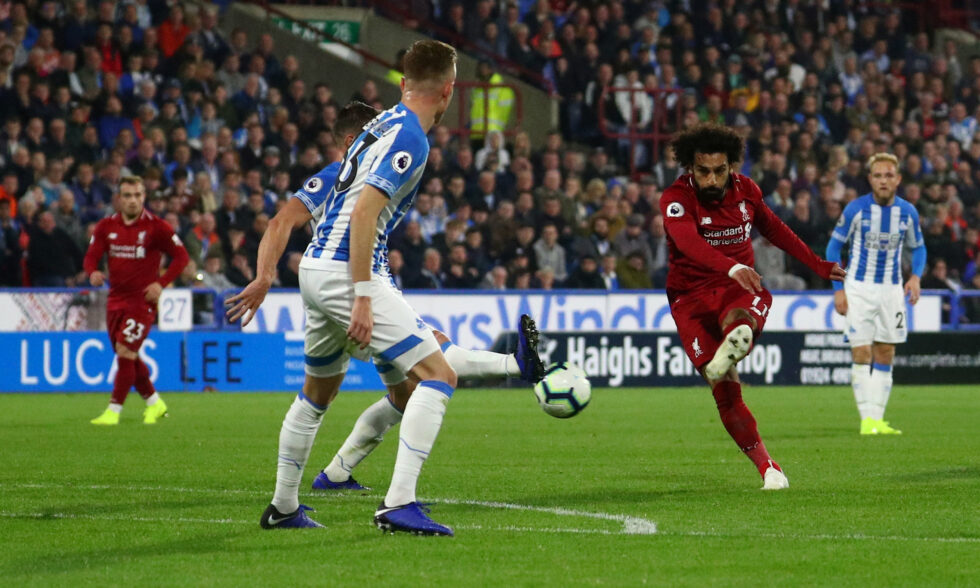 “What are you babbling about?” This is the kind of reply one would expect if they told someone that Huddersfield Town thrashed Liverpool 8-0. Unbelievable as it may seem, it’s true.

Leeds Road is an area in Huddersfield which has a retail park. This retail Park once used to be the home ground of Huddersfield Town for no less than 86 years.

In 1934, Huddersfield Town hosted Liverpool in a League match and thrashed them 8-0. This remains to be one of the club’s biggest wins during an era which was a golden one in teh club’s history. 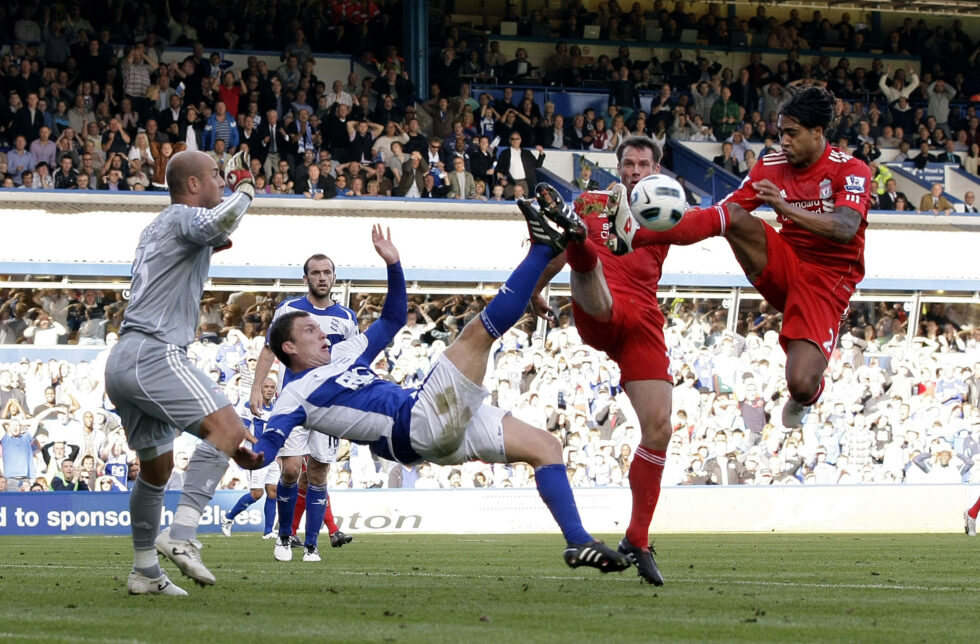 This defeat came for Liverpool in the Second Division. They were up against Birmingham City at St. Andrew’s. Birmingham entered the match at the back of a 7-2 win over Port Vale in their previous home game.

It took just 48 seconds for Birmingham City to open the scoring thanks to Jackie Lane. Two goals from Eddie Brown made it 3-0 to Birmingham City before Trevor Smith pulled one back for Liverpool.

Peter Murphy and Eddie Brown had good chances to extend Birmingham’s lead but they were foiled by Liverpool goalie Doug Rudham.

Moments after Murphy’s goal, Eddie Brown completed his hat-trick to complete a 9-1 rout of Liverpool for Birmingham. Birmingham eventually went on to win the Second Division and gain promotion while Liverpool finished 11th.

The 9-1 drubbing against Birmingham City remains the biggest defeat in Liverpool’s history.