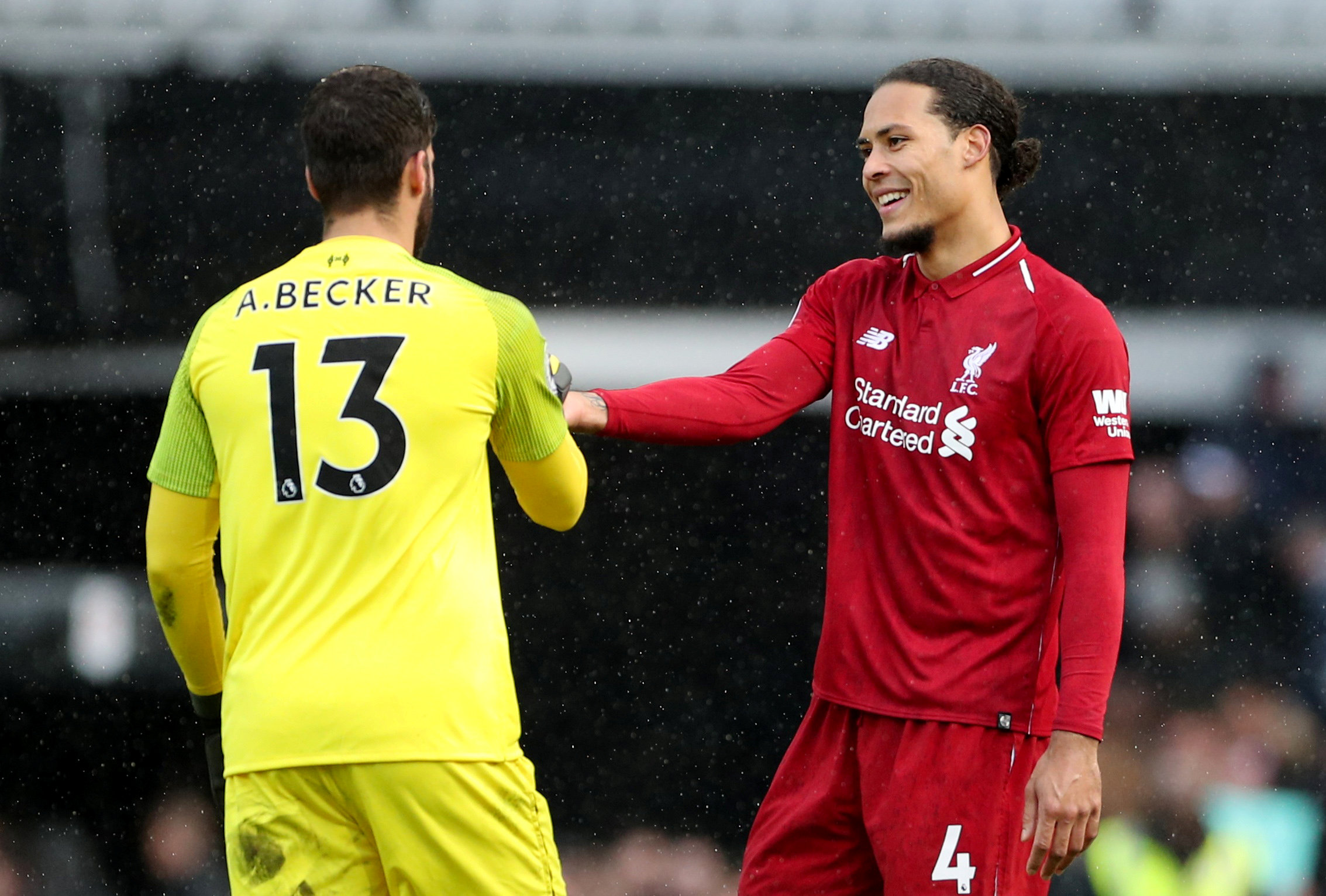 What is the Liverpool FC Highest transfer fee paid ever? Find out here!

Now, we will discuss more about Liverpool’s most expensive signings in detail!

Following two impressive seasons with Roma, Mohamed Salah signed for Liverpool in 2017 on a transfer fee of £36.9 million, a club record at the time.

Mohamed Salah is arguably the best Egyptian footballer and one of the best footballers in the world. He joined Liverpool from Roma in 2017 on a transfer fee of £36.9 million.

Salah will hope to continue scoring goals for Liverpool as they aim to win the League title this season. He is only 14 goals away from becoming the highest scoring winger in the league by breaking the record held by Ryan Giggs who has played 479 matches more currently than Mo Salah.

Fabinho joined Liverpool from Monaco last summer on a transfer fee of £43 million. The Brazilian spent the first few months of the season on the bench as he was yet to adapt to the Premier League’s playing style.

However, Fabinho has now become a regular under Jurgen Klopp. He has made several appearances for them and is a crucial part of the team. He is now covering at center back.

He has been extremely good and has shown leadership in the backline. He has been recently praised by Rhys Williams as well.

Fabinho joined the Reds after having played for several other clubs like Monaco and Real Madrid. For both the clubs he has done extremely well but at Real the competition was so high that he was moved on.

Monaco did not want to lose him but Liverpool were desperate to land him as is the proof on their team sheet now every match week.

After impressing with RB Leipzig, Liverpool decided to sign Naby Keita in 2017 and Keita joined the club last summer on a transfer fee of £52.75 million.

Keita has been suffering his injury problems for two seasons now. He has played a few good matches but is definitely not worth the massive money they dished out for him. He has not had the impact Klopp expected him to have. Also, Keita has found it tough to break into the first team eleven when all players are fit. With Wijnaldum still in the club, it does not seem like Keita will make it big at Anfield.

The Brazilian custodian had a terrific 17/18 season with AS Roma, making 22 clean sheets in 49 appearances across all competitions. Alisson helped Roma reached the Champions League semi-finals and was eventually named in the competition’s Team of the Season.

Last summer, Liverpool signed Alisson for a fee of £66.8 million which was a record fee for a goalkeeper at the time.

The Brazilian has done remarkably well for Liverpool so far, making 25  clean sheets in 49 appearances across all competitions so far. Alisson is very close to winning the Premier League Golden Glove as he is tied with his friend Ederson at the top position with 20 clean sheets.

Alisson made a string of marvellous saves in Liverpool’s Champions League semi-final second leg against Barcelona as the Reds won 4-0 and advanced to the Champions League Final. They also won the final after that beating Spurs 2-0.

Then last season, the Reds finally broke the Premier League title and Alisson was instrumental in that.

The Brazilian will be hoping to continue his good form as Liverpool will want to wiin once again.

From restaurant dish-washer to one of the best defenders in the world, Virgil van Dijk’s story has been nothing short of remarkable.

Liverpool signed van Dijk from Southampton on a fee of £75 million, the highest for a defender.

Van Dijk played only the knockout stages of the Champions League last season but his performances were good enough to earn him a place in the tournament’s Team of the Season.

So far, van Dijk has been worth his price tag as his performances for Liverpool have been impressive so far. The Netherlands captain has made 7 appearances so far in the 2020/21 campaign for Liverpool, scoring once.

He is currently injured and on the sidelines for the club and is likely to be out for the majority of the season.

After making 210 appearances for Liverpool across five years, Spanish midfielder Xabi Alonso bade the club farewell and joined Real Madrid on a transfer fee of £30 million. Alonso left Anfield with 18 goals and 9 assists to his name.

Alonso spent 5 years at Real Madrid and made 236 appearances for the club, scoring 6 goals and providing 32 assists. He won several trophies at Real Madrid including a second Champions League title in the 2013-14 season where he was named in the squad of the season.

Alonso eventually left Real Madrid in the summer of 2014 to join Bayern Munich. He played 117 matches at Bayern Munich from 2014 until his retirement in 2017.

After spending three years at Liverpool, Fernando Torres left the club to join Chelsea in January, 2011. The Spaniard ended his Liverpool career with 81 goals and 20 assists to his name.

Torres’ transfer fee of £50 million was a British transfer fee at the time and this made him Liverpool’s most expensive departure then.

A product of Liverpool’s youth academy, Raheem Sterling left the club in 2015 to join Manchester City on a transfer fee of £49 million. Sterling left Liverpool with 23 goals and 25 assists to his name in 123 appearances across all competitions.

This season, Sterling has been in terrific form for Manchester City, scoring 23 goals and 17 assists in 50 appearances. Sterling has won a Premier League title and three League Cup titles with City so far. He scored the winning penalty that won City this season’s League Cup.

The 24-year old guided City to their second successive League title and was also in the PFA Team of the Year. He has now broken City’s record for being their highest scoring winger ever.

After equaling the record of goals scored by any player in a 38-game Premier League season, Suarez left Liverpool to join Barcelona on a transfer fee of €81 million. This made him the most expensive departure in Liverpool’s history at the time. Suarez ended his Liverpool career with 82 goals and 47 assists to his name.

Ever since he joined Barcelona, Suarez has become an integral part of the team. In 247 appearances for the Blaugrana, Suarez has scored 177 goals and has provided 96 assists. He has helped Barcelona lift several trophies that include the treble in 2014-15. Even though Barcelona won a treble in the 2014-15 season, it was the following season that was Suarez’s personal best.

The Uruguay international scored 59 goals in just 53 matches across all competitions. This won him his second European Golden Shoe award.

Last season, the Uruguayan striker has made 49 appearances for Barca, scoring 25 goals and providing 13 assists.

Then tragedy struck Suarez in the summer as Barcelona asked him to leave and he is currently at Atletico Madrid.

However, Coutinho eventually left Liverpool to join Barcelona last January. His transfer cost Barcelona a whopping €142 million and this made him the third most expensive player in the world after Neymar and Kylian Mbappe. He also became Liverpool’s most expensive departure of all-time surpassing, Suarez’s transfer fee by more than €60 million.

Nicknamed ‘the magician’ by Liverpool fans, Coutinho left Liverpool with 54 goals and 45 assists in 201 appearances. He is back at Barcelona now, after being loaned out last season to Bayern where he won the Champions League.