The new transfer window is upon us. Liverpool have done a terrific job of using their squad effectively.

After winning the CL last season, Klopp did not buy any first team players and still Liverpool were unbeaten in all matches in the league this season. Now with the new window open, we have already signed a brilliant player on the cheap in Minamino.

Who should we go for next? We do have a huge budget and can actually spend given our ambition. Let us check a few of our glorious deals from the past!

Most expensive Liverpool signings ever

During the 1980s, Diego Maradona became a world record signing twice, when he moved from Boca Juniors to Barcelona in 82 and when he moved from Barcelona to Napoli in 84. His transfer fees on both occasions combined, sum up to be £8 million, a price which is generally a loaning amount nowadays. The football transfer market has evolved exponentially over the decades with the most expensive signing as of now cost PSG £198 million.

So, with the recently inflated transfer market values- which players have been signed by Liverpool for massive fees?

Liverpool has spent a great deal of money in the past couple of years to sign footballers who have now become integral parts of the squad now.

Liverpool made some of their most expensive signings during the June transfer window before this season began. This included Alisson whose transfer fee of £66.8 million became a record fee for a goalkeeper at the time. So who else makes the list? Here we find out. 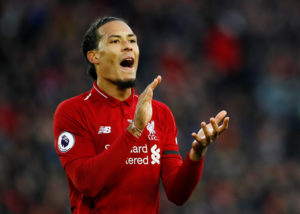 Virgil van Dijk is Liverpool’s most expensive signing of all-time as well as the most expensive defender of all-time. The Dutchman’s transfer from Southampton to Liverpool last January cost Liverpool £75 million, bettering the £52 million that Manchester City paid for Benjamin Mendy earlier that season.

Virgil van Dijk has established himself as one of the best defenders in the world and his performances this season is just enhancing his reputation. Van Dijk’s marshaling of Liverpool’s defence has led to the club conceding only 15 goals in the Premier League so far. No team has conceded less goals than the Reds in the league as of now.

The Dutchman will hope to continue his good form for the club and help his club win the league title. Alisson is Liverpool’s second most expensive signing ever. The Brazilian goalkeeper’s performances for Roma last season attracted a lot of interest from Liverpool. The Reds signed him for £66.8 million. This was he highest transfer fee for a goalkeeper at the time before Chelsea signed Kepa Arrizabalaga.

The 26-year old has conceded only 15 goals so far and has made 14 clean sheets which is more clean sheets than any other keeper in the league.

Alisson will hope to continue putting on impressive performances for Liverpool as the club aims to win their first Premier League title in nearly three decades. 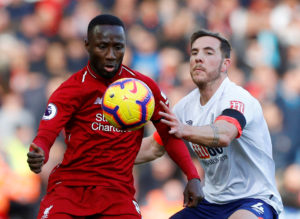 Keita is Liverpool’s third most expensive player, costing the club £52.75 million. He is one of the most expensive footballers of all-time. Keita’s performances for RB Leipzig in the 2016–17 season where he was included in the Bundesliga team of the season, attracted attention from Liverpool.

His deal was confirmed in August, 2017 and he joined Liverpool in the summer. So far, Keita has made 24 appearances for Liverpool, providing one assist. Keita has gradually become an important part of Liverpool’s team and he will hope to continue producing fine performances for The Reds. 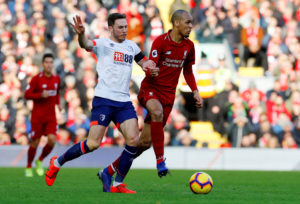 Fabinho joined Liverpool from Monaco last July on a transfer fee of £43 million. The Brazilian midfielder had to wait till September to make his debut for the club.

However, Fabinho has now become a regular under Jurgen Klopp and has done pretty well for Liverpool so far. Fabinho has made 23 appearances for Liverpool, scoring a goal against Newcastle and providing two assists. Mohamed Salah is arguably the best African footballer and one of the best footballers in the world. He joined Liverpool from Roma in 2017 on a transfer fee of £36.9 million.

Salah has become a talismanic figure at Liverpool. He scored 44 goals in 52 appearances last season. Salah scored a record 32 goals in the Premier League last season and won the Golden Boot in addition to being named the Player of the Season.

This season, Salah has scored 20 goals in 34 appearances so far. Salah will hope to continue scoring goals for Liverpool as they aim to win the League title. 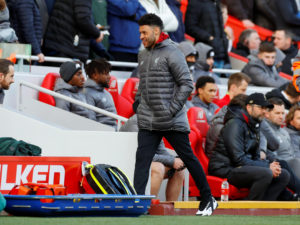 Carroll’s stint at Liverpool wasn’t a very memorable one as he scored 11 goals in 58 appearances. Liverpool eventually loaned him to West Ham who bought him in 2013. Carroll still plays at West Ham, scoring 34 goals in 141 appearances for the club.

Alex Oxlade-Chamberlain also cost Liverpool £35 million when he joined the club from Arsenal in 2017. Chamberlain was a regular for Liverpool throughout the season and produced some fine performances for the club. However, an injury sustained during Liverpool’s Champions League semi-final first leg against AS Roma ruled Chamberlain out for several months.

Chamberlain has now returned to Liverpool’s training sessions and is in their squad for the Champions League knockout stages. 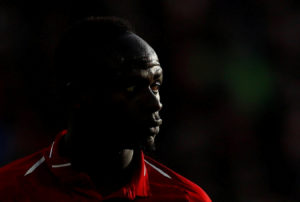 Sadio Mane’s transfer from Liverpool to Tottenham cost Liverpool £34 million. This fee made Mane the most expensive African footballer at the time. Mane has since gone on to make 104 appearances for Liverpool, scoring 46 goals and providing 20 assists.

This season, Mane has scored 13 goals in 31 appearances for Liverpool so far. Sadio Mane is an integral figure in Liverpool’s squad and Liverpool will hope that he can continue his good form for the rest of the season. Benteke spent only one season at Liverpool, scoring 10 goals in 42 appearances across all competitions. The Belgian striker then joined Crystal Palace in 2016 on a transfer fee of £27 million, making him the Eagles’ most expensive signing ever. So far, Benteke has made 79 appearances for Palace, scoring 20 goals and providing 8 assists. One of Liverpool’s most important players, Roberto Firmino joined Liverpool from Bundesliga club Hoffenheim in 2015 on a transfer fee of £29 million.

So far, the Brazilian forward has made 178 appearances for Liverpool, scoring 61 goals and providing 44 assists. This season, the 27-year old has scored 11 goals and has provided 5 assists from 34 appearances.