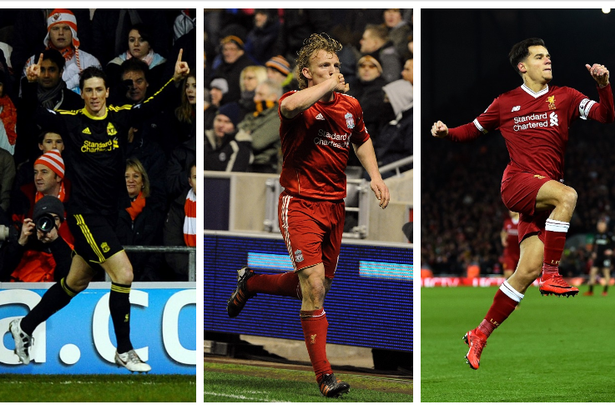 Liverpool are a club with great historical importance. In the late 1970s and early 1980s, they were the club who took England to a different level in Europe. Sure there was also other clubs like Nottingham Forest but it was Liverpool who besides winning the English league title regularly also won 4 European trophies in a span of six years.

The club had some great legends playing for them who helped the Anfield based outfit reach a whole new level. They were unplayable in England and in Europe.

The Liverpool club then lost some of their shine in the 1990s and even in early 2000s, they were off and on. However, in 2005 they stunned a world-class AC Milan side in the final of the UEFA Champions League once again to win yet another European trophy.

However, it proved to be a false dawn as the club continued to struggle and not win trophies barring a couple off odd victories here and there.

Finally, when Jurgen Klopp arrived in 2015, there were signs of quiet hope once again rushing through Anfield. It was like waking a sleeping giant.

Sure, it was difficult with so many obstacles and so many other clubs winning regularly but Klopp set about his work loudly and confidently unabashed by defeat.

He produced a side within a few years who play at a rocket temp and love to score goals for fun. They lost the title in the league this season despite collecting record points, 97.

However, destiny answered their call and deservedly so as they went on to win the Champions League final after that; making it 6 European trophies.

Such a great side with so many great honours means that Liverpool have won big matches, day after day, year after year. So anyone who watches football will know that the basics to win a match, is to score more goals than your opponent. That is football.

That is exactly what Liverpool can do and has done so well. They have goal threats and have always had so. Some of the greatest goal scorers of the game have played at Anfield and made it their home.

Be it the Kenny Dalglishes of the 1980s or the Fernando Torres of late 2000s or be it a certain Luis Suarez a few years back or the Egyptian king Mo Salah now, Liverpool have had natural strikers.

Let us a see few of the best goal scorers and who holds what records for the Reds.

2009-10: Fernando Torres was their top goal scorer for the season with 22 goals. Out of the 22 goals scored by the Spaniard, 18 of them came in the Premier League.

2010-11: With Fernando Torres having left midway through the season, Dirk Kuyt became their highest scorer for the season with 15 goals out of which 13 were scored in the Premier League

2013-14: Suarez once again finished the season as top scorer with 31 goals and all of them came in the league

2015-16: Daniel Sturridge was the overall top scorer with 13 goals while Roberto Firmino was the highest league scorer with 10 goals.

2016-17: Philippe Coutinho was the highest overall scorer with 14 goals while in the league he tied with Sadio Mane on 13 goals apiece

2018-19: It was once again Mo Salah with 27 goals while in the league he tied with Sadio Mane with 22 goals apiece

2019-20: After 30 long years, Liverpool won the Premier League title and all credits goes to none other than Mo Salah who stacked 23 goals this season.