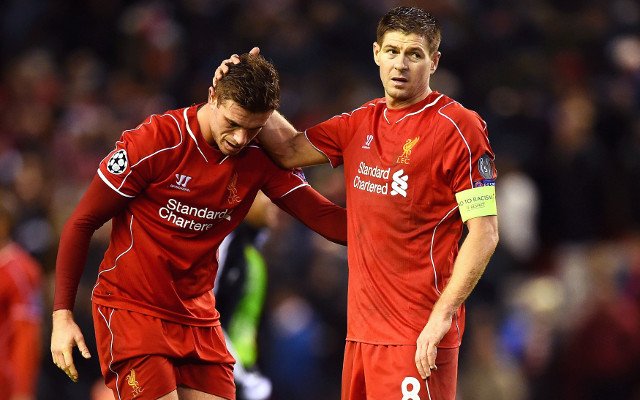 One of the most successful football clubs in England and Europe, Liverpool has had 45 captains since its foundation in 1892. Andrew Hannah was the club’s first-ever captain and helped them to the Lancashire League in 1892-93.

Liverpool has had some outstanding leaders so far who have taken the club to new heights. Jordan Henderson is Liverpool’s current skipper and has a good chance of lifting the Premier League this season.

Liverpool’s captains have led the club to a total of 66 trophies. But who are Liverpool’s best captains? Let’s find out.

The 30-year-old has earned his place in Reds history, according to the club’s legend. According to former Liverpool manager Sir Kenny Dalglish, Jordan Henderson is one of the finest leaders the club has ever had.

Henderson, who signed from Sunderland during Dalglish’s previous tenure, has been captain since Steven Gerrard’s departure in 2015 and helped led the club to Champions League triumph last season.

Gerrard became Liverpool captain in 2003, replacing Sami Hyypia. Under his leadership, Liverpool won 5 trophies. This included the Champions League in the 2004-05 season. Gerrard opened the scoring for Liverpool in the final at Istanbul, thus beginning what is regarded to be one of the greatest comebacks in world football.

Gerrard remained club captain until his departure from Liverpool in 2015. Regarded by many to be Liverpool’s greatest player of all-time, Gerrard is undoubtedly one of the best captains the club had.

Hansen was a natural leader and captaincy did not affect his performances at the back. However, a knee injury limited Hansen’s playing time at Liverpool in 1990 and he eventually retired from the sport in 1991.

Having won 8 trophies, one hardly needs to say that Alan Hansen is one of Liverpool’s greatest captains ever.

An integral player during the Bill Shankly era, Ron Yeats’ contributions during the 1960s were significant as Liverpool evolved from a second division club to one of the best in England and in Europe.

Yeats became Liverpool’s captain as soon as he signed for the club from Dundee United in 1961. Bill Shankly said that the signing of Yeats was the turning point in Liverpool’s quest to become one of the best clubs in Europe.

Yeats led Liverpool to promotion to the First Division after winning the Second Division in 1961-62. Then, trophies came coming for Liverpool throughout the decade.

The Scotsman joined Liverpool in 1978 and became a key player for the club. Four years later, he became Liverpool captain.

Under the leadership of Souness, Liverpool won three successive League and League Cup titles. Souness led Liverpool to the club’s first treble in the 1983-84 season.

All in all, Liverpool won 8 titles under Souness’ captaincy. Souness captained Liverpool for only three years but Liverpool’s success during those three years are enough to say that Souness is one of the club’s greatest captains.

One of the greatest defenders England ever had, Emlyn Hughes joined Liverpool in 1967. In 1973, Liverpool captain Tommy Smith complained to manager Bill Shankly about being left out of the squad for a game. Subsequently, Shankly removed Smith from the captaincy and Hughes became Liverpool’s captain.

All in all, Liverpool won 11 trophies during Hughes’ captaincy. Barring the 1974-75 season, Liverpool won at least one trophy in the seasons where Emlyn Hughes was their captain.

Hence, it is just fair to say that Emlyn Hughes was the greatest captain Liverpool ever had. Watch & Bet Football Here =>