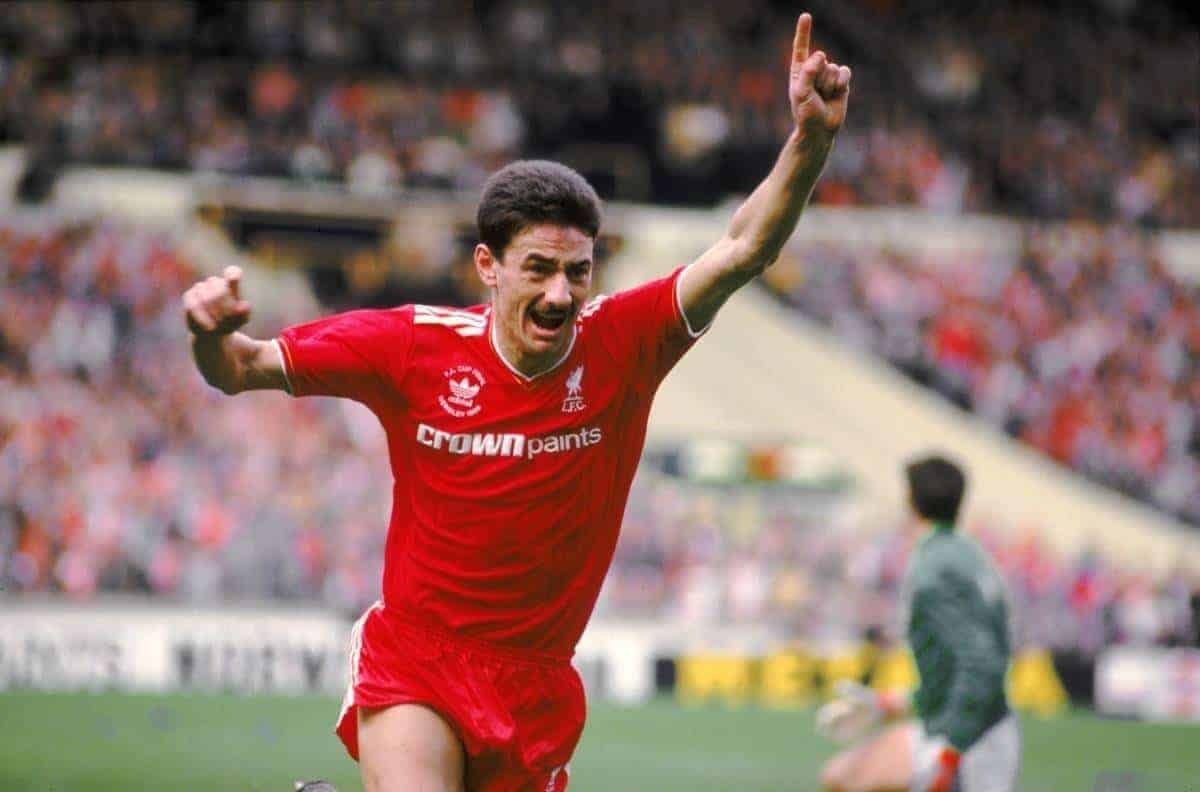 Several of the world’s finest footballers have plied their trade at Liverpool. Over the decades, several brilliant strikers have played for Liverpool and have scored a number of goals for the club.

Harry Chambers joined Liverpool in 1915 and made 339 appearances for the club, scoring 151 goals. Nicknamed Smiler, Chambers became an integral part of Liverpool and helped the club to two successive First Division titles in 1921-22 and 1922-23 seasons. Harry Chambers’ finest performance for Liverpool was perhaps scoring a hat-trick in a 5-1 win over Everton in 1922.

Chambers played at Liverpool till 1928 before leaving the club to join West Bromwich Albion. He also made 8 appearances for England, scoring 5 goals.

During his playing career, Chambers was player-manager for a club called Oakengates Town. He eventually retired from football in 1934 and passed away 15 years later, aged 52.

The Egyptian forward joined the Reds back in 2017 from Roma and has been breaking records since his arrival at Anfield. He plays as a winger from the right flank with sublime finishing and sheer consistency. In the 2021/22 season, he shared the Golden Boot along with Son Heung-min after scoring 23 goals in the Premier League

However, this wasn’t Salah’s best season with Liverpool. His best season was in the 2017-18 season where he scored 44 goals in all competitions and won the Golden Boot.

One of the finest strikers of his generation, Michael Owen is best remembered for his stint with Liverpool. He made his debut for the club in 1996 and played at Liverpool till 2004. Owen made 297 appearances for the club, scoring 158 goals.

It was during Owen’s time at Liverpool that he won the Ballon d’Or, doing so in 2001. Michael Owen left Liverpool for Real Madrid in 2004. He later had spells in Newcastle United, Manchester United and Stoke City but they weren’t nearly as half as good as his stint in Liverpool.

One of the greatest footballers to have come out of Scotland, Sir Kenny Dalglish has a very special place in the heart of Liverpool fans. After having a successful 8-year spell at Celtic, Dalglish joined Liverpool in 1977.

He went on to play an instrumental role in Liverpool’s success during the late 70s and 80s. Dalglish helped Liverpool to 8 League titles during his playing career. He also helped Liverpool win three European Cup titles.

Dalglish became player-manager for Liverpool in 1985 and led them to what is their last league title so far, in the 1989-90 season. Dalglish ended his playing career at Liverpool, scoring 172 goals in 515 appearances for the club.

One of the finest Premier League strikers of all-time, Robbie Fowler began his youth career at Liverpool in 1984 and joined the senior team in 1993.

A prolific scorer, Fowler became an integral player for Liverpool and helped them to five trophies. He scored a goal in the 2001 UEFA Cup Final against Alaves after coming on as a substitute.

During his time at Liverpool, Fowler set a record for the fastest Premier League hat-trick. He scored three goals against Arsenal within four and a half minutes. His record was broken by a then future Liverpool player Sadio Mane.

Fowler played for Liverpool till 2001 before joining Leeds United. He, however, returned to Liverpool for a second spell in 2006. Fowler ended his Liverpool career in 2007. He scored 183 goals in 369 matches. Watch & Bet Here =>

Often considered Liverpool’s greatest ever player, Gerrard spent most of his career at Liverpool. After 9 years in the youth setup, Gerrard joined the senior team in 1998.

He became an integral part of Liverpool and became the club’s captain in 2003. Gerrard charismatically led Liverpool to the Champions League title in 2005, scoring in the final.

Steven Gerrard remains the only player who has scored in the finals of the League Cup, FA Cup, UEFA Cup and the Champions League.

Gerrard bade farewell to Liverpool in 2015 with 186 goals to his name in 710 appearances for the club. He then played for LA Galaxy until his retirement in 2016. Steven Gerrard also made 114 appearances for England from 2000-2014, scoring 21 goals.

One of the greatest Liverpool players of all-time, Liddell joined Liverpool in 1938 but did not make his official debut till 1946 due to the Second World War where he served in the Royal Air Force.

A versatile forward player, Liddell scored 228 goals for Liverpool in 534 appearances for the club. He helped the club win the 1946-47 First Division. Liddell was Liverpool’s captain from 1955-1958.

One of the finest English strikers of his time, Gordon Hodgson made his debut for Liverpool in 1925. Not only was Hodgson a remarkable forward but also an unselfish one. He linked up well with other players but also scored prolifically.

Hodgson played at Liverpool till 1936, scoring 241 goals in 377 appearances. After leaving Liverpool, Hodgson played for Aston Villa and Leeds United before retiring in 1939.

Hodgson played for two national teams. He made one appearance in 1924 for South Africa, his country of birth and played three matches for England, scoring a goal against Wales.

Following his retirement, Hodgson became the manager for Port Vale. He held this position from 1946 until his death from cancer in 1951.

One of England’s finest strikers ever, Roger Hunt had the start and peak of his footballing career at Liverpool.

Hunt joined Liverpool in 1958 and played for the club till 1969. During his time at Liverpool, Hunt scored 286 goals in 492 appearances for the club. He helped the club to two League titles, an FA Cup title, a League Cup title and three Charity Shield titles.

Hunt left Liverpool as their record scorer, His record was surpassed by a player who we will mention later in this article. Hunt’s League tally of 245 goals is yet to be bettered by any other Liverpool player.

Roger Hunt also made 34 appearances for England, scoring 18 goals. He was a key player in England’s World Cup win in 1966. Hunt scored three goals during the tournament, all of them coming in the group stages.

One of the greatest Welsh footballers of all-time Ian Rush is Liverpool’s all-time top scorer with 346 goals in 660 appearances for the club.

Rush joined Liverpool from Chester City in 1980 when he was a teenager. He became an integral player for the club as Liverpool won several trophies including two European Cups.

Rush left Liverpool for Juventus in 1986. However, his spell at Juve was not fruitful. He rejoined Liverpool in 1988 and played t the club till 1996.

Rush’s second spell at Liverpool wasn’t as successful as his first one but he helped the club win 5 titles including the 1989-90 League title. Rush left Liverpool in 1996 and has short spells at a few clubs before retiring in 2000.