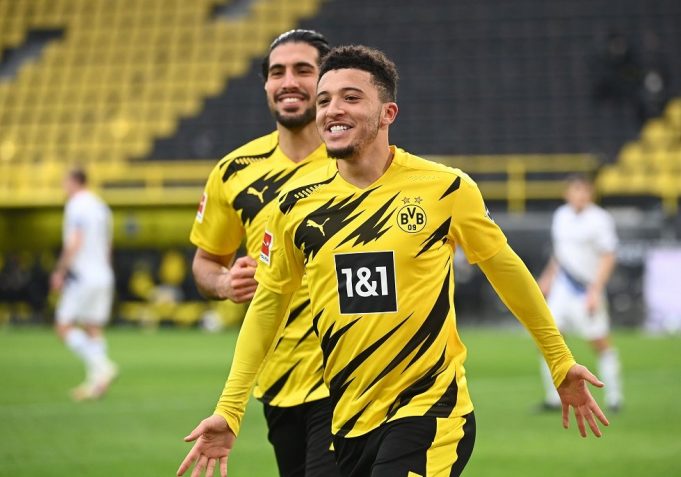 Liverpool are reportedly gunning for the signature of Jadon Sancho this summer.

ESPN FC pundit, Jan Age Fjortoft claimed that both Manchester United and the Merseyside outfit are in the hunt.

Manchester United still going for him.

Liverpool/ Klopp also very keen on the player, but have to sell either Salah or Mané to have the necessary money for Sancho’s fee

Jadon Sancho was close to tying down a Manchester United move last summer. It was due to unmatched transfer fee demands that the move fell through in the final moments. Ole Solskjaer since then has found alternative ways to stabilize the side and might be looking at alternate targets too.

Sancho still has the higher odds to land up at Old Trafford but Liverpool are aiming to rejuvenate their attack. This season has been anything but good for the English champions. Jurgen Klopp will need to add more threat to his attack one way or another.

Adding Sancho to the mix means somebody is likely to drop out. Sadio Mane has had an underwhelming campaign according to his standards. Roberto Firmino is also fighting for his starting spot with Diogo Jota. Mohamed Salah has been the only consistent scoring threat.