Liverpool Latest News .com
Home List Liverpool have always won the game whenever their players scored on their...
Advertisement

Liverpool is a professional club from England. They compete in the Premier League, Champions League, FA Cup, and League Cup during a competitive season. They are also known as the Reds.

The Reds are regarded as the second most successful club in the country, behind Manchester United in terms of domestic trophies. They have so far won 6 European Cups, more than any other English club, 3 UEFA Cups, 4 UEFA Super Cups, 18 League titles, 7 FA Cups, a record 8 League Cups, and 15 FA Community Shields.

Daniel Sturridge celebrated his 24th birthday with his third successive winner of the season by steering in a close-range header in the third minute. And it was a fitting victory for Liverpool as Anfield celebrated the 100th anniversary of the birth of their legendary Scottish manager Bill Shankly.

Dirk Kuyt fired Liverpool ahead with a spectacular long-range finish only 10 seconds after half-time. And birthday boy Peter Crouch’s measured drive from the edge of the penalty area doubled Liverpool’s lead seven minutes later. West Ham debut boy Kepa Blanco, on as a substitute, scored with his first touch after 76 mins, but the Reds survived for a deserved victory.

Norwich opened the scoring in the 2nd min itself. Liverpool back to score four goals and the game ended 4-1 in the favor of the hosts. Birthday boy Burrows scored Liverpool’s third goal of the game. 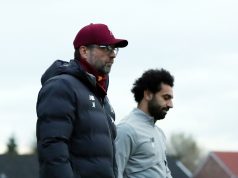