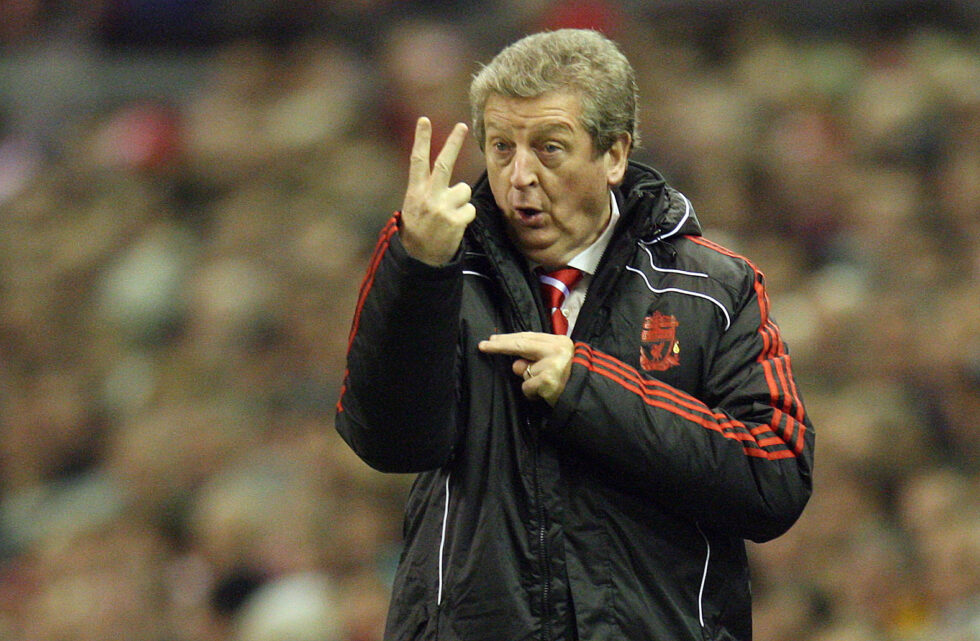 Worst Liverpool managers ever as of 2018

Liverpool managers who flopped? This list only includes managers who have been in charge for at least 20 games and all Liverpool Managers with a lower win-percentage than 50%. Hence, Ronnie Moran is absent from this list. While Moran had a win percentage of less than 50, he managed only 10 games for Liverpool.

Here are the Top 5 Worst Liverpool managers ever based on stats and their win-percentage:

Following the departure of Rafael  Benitez, Liverpool appointed Roy Hodgson as their new manager in 2010. Hodgson guided Fulham to the Europa League final the previous season.

However, Liverpool started very, very poorly under Hodgson. The Reds won only one of their first 8 Premier League matches and were in the relegation zone for three weeks.

Liverpool’s results did improve but they were far from finding consistency. Hodgson eventually left the club in January, 2011 after managing 31 games for Liverpool. Liverpool won only 13 matches while drawing and losing 9 matches each.

A former Liverpool player, Matt McQueen replaced David Ashworth as Liverpool manager in 1923 at a time when they were on the brink of winning the First Division. Liverpool eventually won the first division but this would be the only silverware McQueen would lay his hands on.

In the full seasons that McQueen managed, the best Liverpool could do was finish 4th in the 1924-25 season. McQueen managed Liverpool till 1928 and was in-charge for 229 matches. Liverpool won only 93 matches while losing 76 matches. The remaining 60 ended in a draw.

Matt McQueen left Liverpool in 1928 and did not manage another club due to health issues. He passed away in 1944 at the age of 81. Despite having such a low win percentage, McQueen was inducted in the Liverpool Hall of Fame.

After having managerial spells at Luton Town and Southampton, George Kay became Liverpool manager in 1936. He managed the club till 1951 but due to World War 2, he was in-charge of only 357 games.

Out of these 357 games, Liverpool won only 142 while losing 122. The remaining 93 matches ended in a draw. Kay’s biggest achievement at Liverpool was to guide them to the 1946-47 First Division. He also guided Liverpool in the FA Cup final in the 1949-50 season. This was Liverpool’s first FA Cup final in 36 years.

George Patterson joined Liverpool as an assistant to Tom Watson in 1908. Following Watson’s departure in 1915, Patterson became Liverpool’s manager. However, he did not have to manage much because of World War 1.

He left Liverpool in 1919 after staying only 18 games in-charge. Patterson joined Liverpool for a second managerial stint almost a decade later, in 1928. This time, he managed the club till 1936. Patterson’s managerial spells at Liverpool were far from successful because the club didn’t win anything.

In the 384 matches under Patterson, Liverpool won 144 while losing 153. The other 87 matches ended in a draw. Patterson left Liverpool in 1936 and became a club secretary. He passed away in 1955.

Liverpool struggled in the first Division during Welsh’s first two seasons and in his third season, Liverpool faced relegation to Division 2 after ending the league in rock-bottom.

He was eventually sacked in 1956 after managing 232 matches for Liverpool. Out of these matches, Liverpool won only 81 while losing 93. The remaining 58 matches ended in a draw. With a win percentage of 34.91%, Don Welsh is Liverpool’s worst ever manager based on win percentage.

After Liverpool, Welsh managed Bournemouth and Wycombe Wanderers. He passed away in 1990.

Liverpool FC Player of the Season