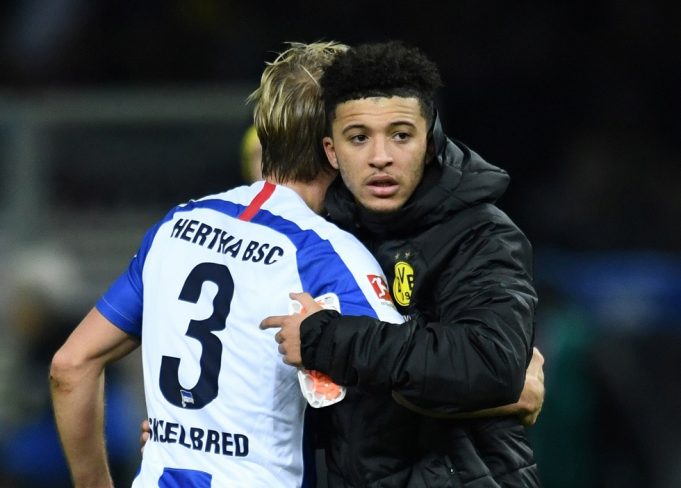 Liverpool are actively scouting Jadon Sancho after his move to Manchester United fell through.

Borussia Dortmund nearly sold the winger to United last summer before it fell through in the final minutes.

Now, it seems like he is once again set to dominate transfer news in England. A return back to his home country seems most likely for Sancho, although one of the Spanish giants could sway his decision as well.

Liverpool have been put on notice by Mohamed Salah over some controversial comments regarding his future. If the Egyptian does not commit his future to the club, it is likely that he will be moved on for Sancho.

Reputed journalist, Fabrizio Romano said, “I think he’s moving next summer. Yes, as we said, it’s so difficult in January, we’ve said that so many times about Jadon Sancho, because Borussia Dortmund are not huge to sell their players in the middle of a season, of a complicated season as they are having, so they need their stars to be back at a top level, and they don’t want to sell Jadon Sancho in January.”

“We have to understand if Manchester United will arrive with €120m (£109m), if they will be ready this time to sign the player or if they’ll take the risk of other clubs joining the race,” the Italian journalist added. “I will say like Liverpool, Chelsea, and a lot of clubs are scouting the situation of Jadon Sancho, so at this point the race is open.”