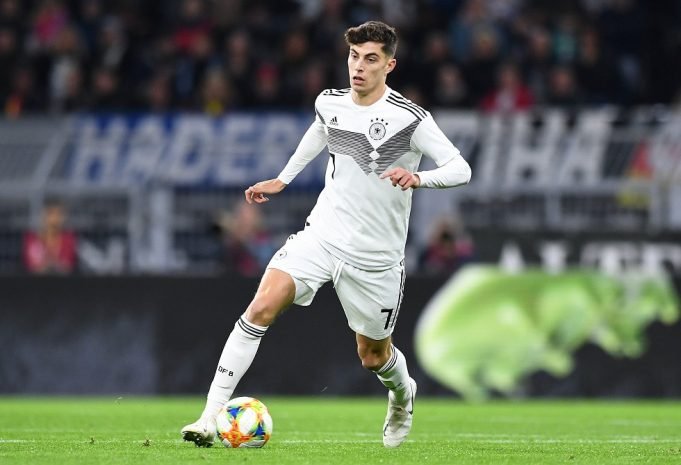 Liverpool are not afraid to break the bank for Bayer Leverkusen’s midfield maestro, Kai Havertz.

Jurgen Klopp is not fully settled on this Reds team despite collecting three trophies this past year.

Liverpool are marching on in the Premier League this term with a 14-point lead at the top. They look stern on claiming the top-flight title but Klopp still believes his team can improve. One of those positions will be the number ten role that was never really filled up after Philippe Coutinho’s departure.

Havertz burst onto the scene last term scoring 20 goals in 42 appearances while also laying out 7 assists. At 20, he is one of the hottest midfield prospects across Europe and he could fit right into Klopp’s attacking system at Liverpool. The question is does his name demand a £100m transfer fee?

Given the current way of the market, players of Havertz’ talents has the potential to break transfer records. Take Jadon Sancho’s valuation or even Ousmane Dembele’s £119m switch to Barcelona. Havertz is already a German international and is growing at an exponential rate in the Bundesliga. He could fit in at Anfield as the player behind Roberto Firmino or even as cover on the wings.

The Guardian claims Klopp has discussed acquiring the player with the Liverpool board. Whether they will sanction such a heavy sum remains to be seen.