Naby Keita height? Andrew Robertson height? Mohamed Salah height? Sadio Mane height? Who are the smallest Liverpool players? Liverpool have a lot of lengthy professionals in their team like Virgil van Dijk, Alisson Becker, Joe Gomez and Fabinho but who are the shortest ones? Let’s find out. Xherdan Shaqiri comes to mind but who else? Watch & Bet Here =>

Who is the Liverpool shortest player in 2022? Now, height is a distinctive physical trait when it comes to a player of a particular position. Defenders and strikers are traditionally prefered to be tall whereas midfielders and wingers are allowed to be shorter and more agile.

As the game has progressed over the years, height is not something which is given as much importance as it was before for attackers. Players like Napoli’s Lorenzo Insigne or Arsenal’s Lucas Torreira are world-beaters. The game has become much more technical and finely judged to completely overthrow short players. Lionel Messi himself is only 5 feet 7 inches tall and look at him.

So, who are the shortest Liverpool footballers? 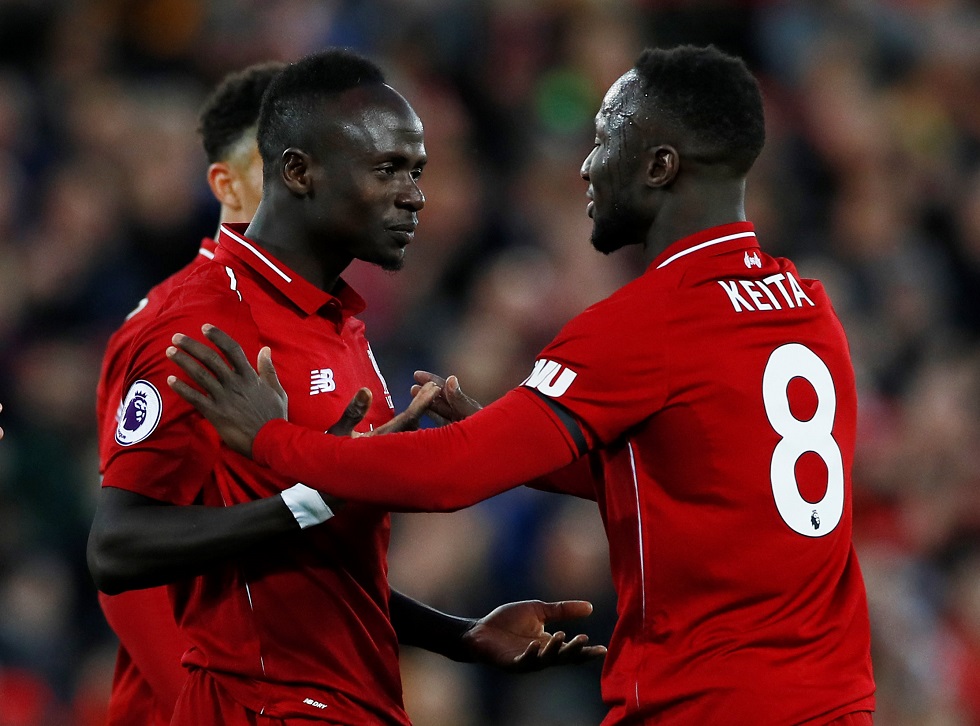 Mane is the fifth shortest Liverpool player at 5 feet 9 inches (1.75 m). He boasts of tremendous athleticism, is ridiculously fast and very strong with possession. Last season he commanded a return of 22 Premier League goals and the in the process won the Golden Boot alongside his teammate, Mohamed Salah and Arsenal’s Pierre-Emerick Aubameyang.

He formulates a part of the lethal Reds attacking trio which terrorized Europe last term. Mane’s best quality is his ability to break open defences with his dribbling skills and clever runs.

Takumi Minamino was signed in January 2020 from RB Salzburg and his height measures up to the same Thiago – 1.74 metres or 5 feet 7 inches. The winger is highly skilled and has impressed the Reds with his performances so far.

Thiago is Liverpool’s newest signing this season, and stands at 1.74 metres or 5 feet 7 inches.

Liverpool signed him from Bayern Munich during the 2020 summer transfer window for a reported amount of only £25 million. 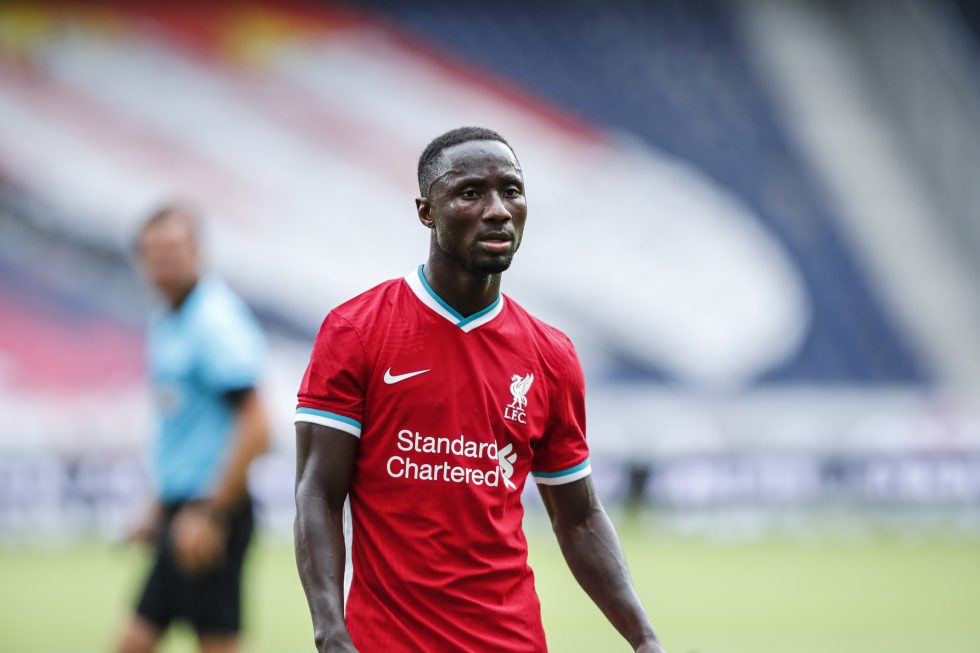 Keita comes second in the list of Liverpool’s shortest players. At 1.72 metres or 5 feet 6 inches, the central midfielder isn’t very tall. Keita moved to Liverpool in 2018 from RB Salzburg for a reported fee of £52.75 million. He took over Steven Gerrard’s number 8 shirt, since he was Gerrard’s replacement.

He was very impressive in Leipzig’s three-man-midfield system where he got to operate as a box-to-box midfielder.

Keita showed a tremendous ability on both ends of the pitch paired with an engine to go on forever at full intensity. He was following the blueprint of a prime Arturo Vidal or Radja Nainggolan.

However, the shift to Premier League football has been a bit more difficult than one would expect. Keita thrives under a system of playing regular football but Jurgen Klopp’s constant rotational mindset of the team’s midfield has hindered the 25-year-old from settling in fast enough.

Keita’s debut goal for Liverpool was in April 2019, when Keïta scored for the first time for the Reds against Southampton in a 3-1 win.

Since he has joined Liverpool, Naby Keita has been impressive and racked up stats of 47 appearances for Liverpool in the Premier League, with 4 goals. 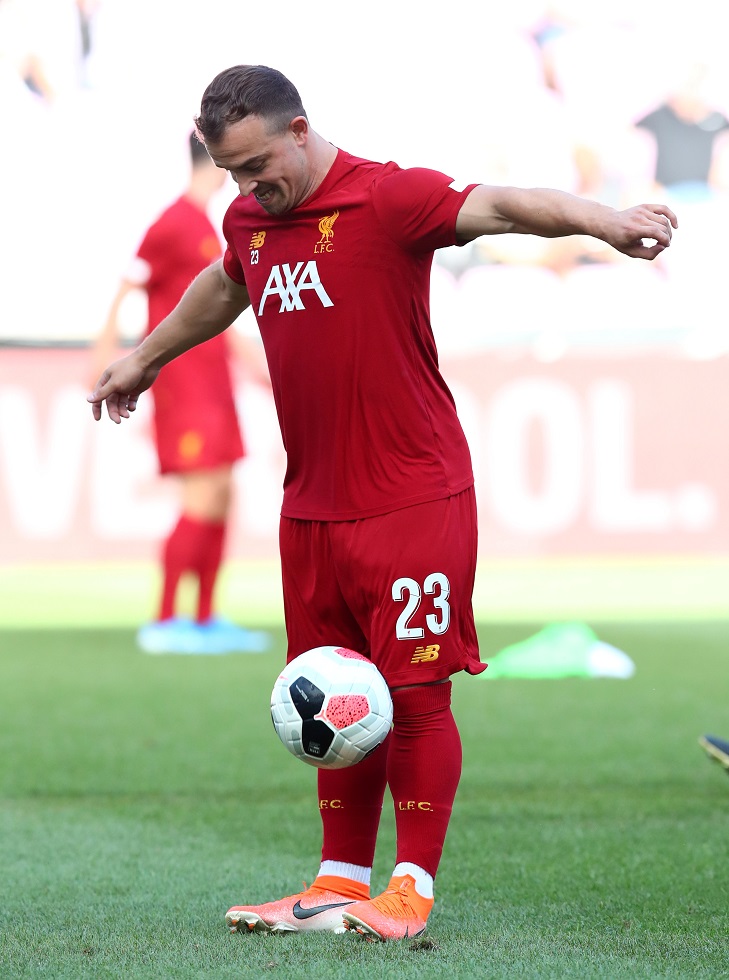 At 1.69 metres or 5 feet 5 inches, Xherdan Shaqiri is what we call a pocket-sized dynamite. The Swiss international was brought in from Stoke City, following their relegation from the Premier League at a bargain of only £13.5m.

Shaqiri started his Anfield career with a lot of pomp and praise as he scored twice in December 2018 in Liverpool‘s first-ever league victory over Manchester United since March 2014. He carries a lot of quality with him and is a huge asset to have on the benches when the match needs a clever attacker during the late stages. Watch & Bet Here =>

Shaqiri is versatile and has a lot of playmaking abilities as well. Here, check out some of the stunners he scored so far in his career –