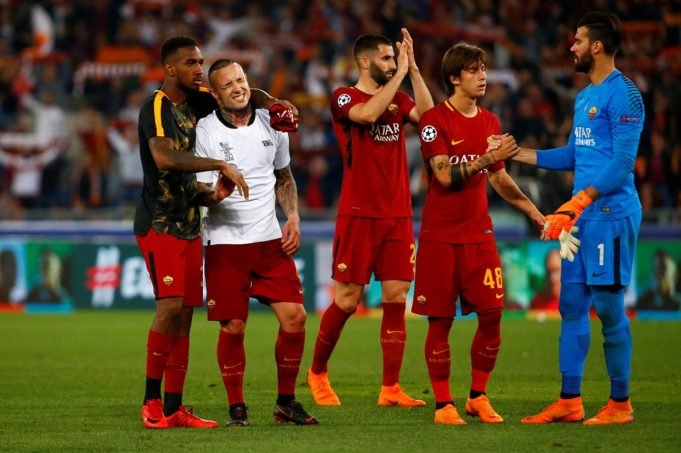 The Brazilian has been in great form this season

Simon Mignolet joined Liverpool from Sunderland in the summer of 2013. Despite being a regular since then, he has often been criticized for his inconsistent performances for the club.

The Belgian International was a regular for the Reds at the start of the season but has fallen down the pecking order in recent month. Jurgen Klopp preferring Loris Karius ahead of him, who has now established himself as the first choice goalkeeper.

But Klopp is still interested in bringing a new world class goalkeeper this summer in order to provide competition to the German goalkeeper. They have been linked with Roma’s goalkeeper Alisson.

The Brazilian has been very impressive for the club domestically and in Europe this season, establishing himself as one of the best goalkeepers in the world. He has kept 22 clean sheets in 49 games for the club in all competitions.

It has been a meteoric rise for the keeper who did not play a single game in Serie A last season before taking over as the undisputed No.1 this term. His form has attracted lot of attention from top European club and Klopp’s side are one of them.

But Premier League giants dealt blow in the pursuit of the 25 year old. Roma boss Eusebio Di Francesco is hopeful that Alisson will stay at the club beyond this season and has even stated earlier that stated that a sack of money will not be enough to force his club to sell the man nicknamed ‘the Messi of goalkeepers’.

“Nothing is definitive in football, but I’m convinced, for what it’s worth, that he will remain in Rome,” Di Francesco told Tuttomercatoweb .