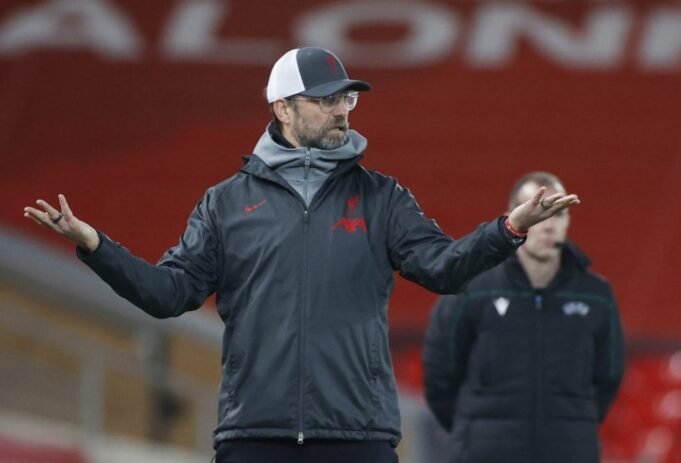 Liverpool could look to make several acquisitions over the coming months as a result.

Liverpool are serious on next transfer window. They will try to find opportunities to strengthen their first-team squad in January, according to journalist Fabrizio Romano.

Klopp’s men have struggled to live up to their usual extraordinary heights so far this season and could look to make several acquisitions over the coming months as a result.

Romano has already revealed that one fringe player is expected to depart Anfield next year, while several other underused stars could follow suit.

“Alex Oxlade-Chamberlain, expected to leave Liverpool in 2023 as free agent. There are no talks to extend his contract as things stand,” tweeted the transfer expert.

“New midfielders will be the priority for Liverpool on the market next year.”

Naby Keita and James Milner are also out of contract next summer, while loanee Arthur Melo is expected to return to parent club Juventus.

Roberto Firmino’s deal expires at the end of the current season, and manager Jurgen Klopp will have some tough decisions to make imminently.

When asked if Liverpool could be active in the winter window, Romano revealed that they may well be but that signing a ‘top midfielder’ next summer is the priority.

In an interview with GiveMeSport, he said: “Yes, they will try to find opportunities in January, but their main focus is on the summer transfer window.

“It’s on the summer transfer window because they have to sign a top midfielder, they wanted to sign (Aurelien) Tchouameni last summer.”

Romano has previously informed GMS that Borussia Dortmund midfielder Jude Bellingham is the ‘main target’ for Liverpool as they look to revamp their engine room.

Manchester City, Manchester United, Chelsea and Real Madrid have also been listed among his potential suitors so thsi task would be difficult.

Dortmund’s chief executive Hans-Joachim Watzke has recently disclosed that the German outfit will have a ‘general discussion’ with Bellingham after the World Cup to discover what his intentions are.

Only time will tell if the Liverpool chiefs are willing to spend that kind of money, especially after putting the club up for sale.