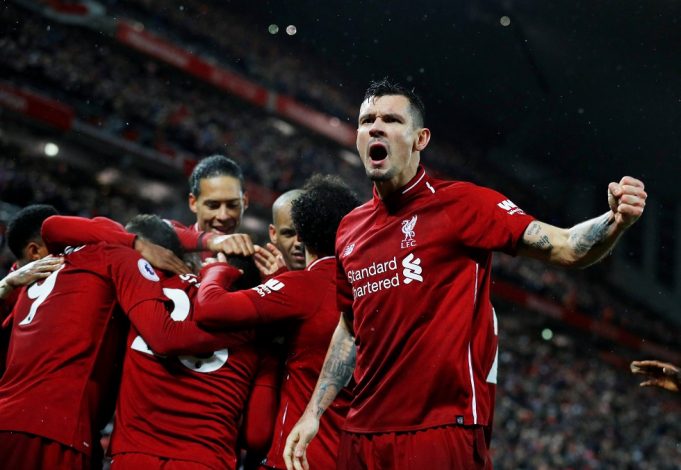 Liverpool are open to the idea of selling both Xherdan Shaqiri and Dejan Lovren after this season.

The two players emerged as stars during their early days but fell off the pecking order gradually.

Injury did play a part in their failure to earn a starting spot. Shaqiri has appeared in just 9 games this season while Lovren in 13. Klopp has visibly shown more preference to Alex Oxlade-Chamberlain and Divock Origi than the former. With Joe Gomez in top form and Joel Matip back to full fitness, Lovren will also have a hard time of convincing the German for more playing time.

Depth is a necessary aspect of pursuing silverware by any team in English football. With a 22-point lead, Liverpool seem to have wrapped up the Premier League title this season. Ending their 30-year drought is of primary concern for the Reds but they would not shy away from winning more silverware this season.

Shaqiri or any other player will find it hard to upstage Mohamed Salah or Sadio Mane to one of Liverpool’s starting berths this season. Lovren faces the same fate in defence although, he did have a chance to move out to AC Milan last summer.

Liverpool are mostly focusing on acquiring youth talent, ones they can develop under Klopp. That is why we saw Harvey Elliot, Sepp van der Berg and Takumi Minamino make their way into the Merseyside outfit this season.