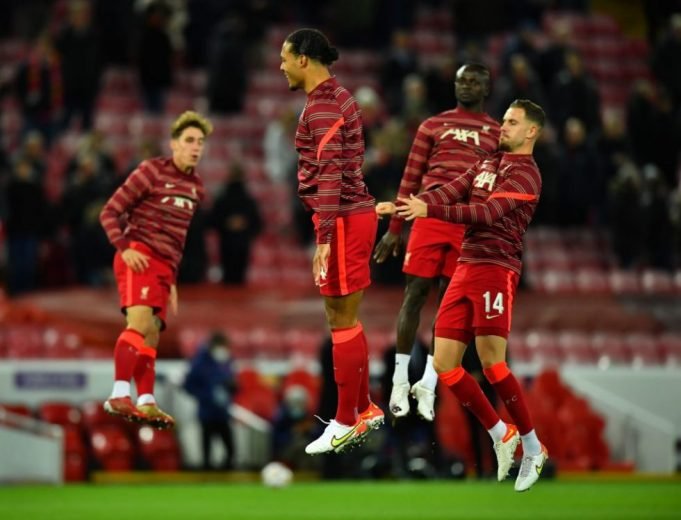 How to watch Liverpool vs Brentford game on TV?

Watch Liverpool – Brentford’s games via live streaming online on the internet? UnibetTV and bet365 offer stream and bets on the best matches from European top football such as La Liga, Serie A and many other top domestic leagues in the world via live streaming.

Liverpool vs Brentford odds winner – (1 x 2) – Who will win according to the odds?

This is one of the best games of the 2021/22 season. The scenes from Anfield will be very good and no one knows who is going to win. Will it be Liverpool or Brentford who will score the most number of goals?

Liverpool will miss their best players Salah, Mane and Naby Keita due to AFCON 2021.

Klopp will certainly consider swapping James Milner out for either Curtis Jones or Alex Oxlade-Chamberlain in midfield.

Trent Alexander-Arnold recovered from COVID-19 but he will miss this game. Neco Williams will take the role as a right-back.

As for Brentford, Frank Onyeka is sidelined due to national duty for the Africa Cup of Nations.

Sergi Canos is ruled out of this fixture following his apparent hamstring problem against Southampton.

Who will win the Liverpool – Brentford fixture? Are you looking to bet on this game? Then, there are several markets that might be interesting to you. For example, a win for Liverpool has an odds of 1.28 since they are the favourites? What are the best odds on Brentford and how high are the odds in over 2.5 goals? Here we give you all the info –

If you think about putting a bet on Liverpool or Brentford there are several good promotions. Especially Unibet and bet365! Combine the best betting offers from Unibet and bet365 to get the most from your betting.

Tonight’s match is the 17th meeting between Brentford and Liverpool. The Reds have won 09 of the games while Brentford have managed 03 wins for themselves and the other 04 ended as draws.

Here we will give you an answer to the most frequently asked question about Liverpool – Brentford.