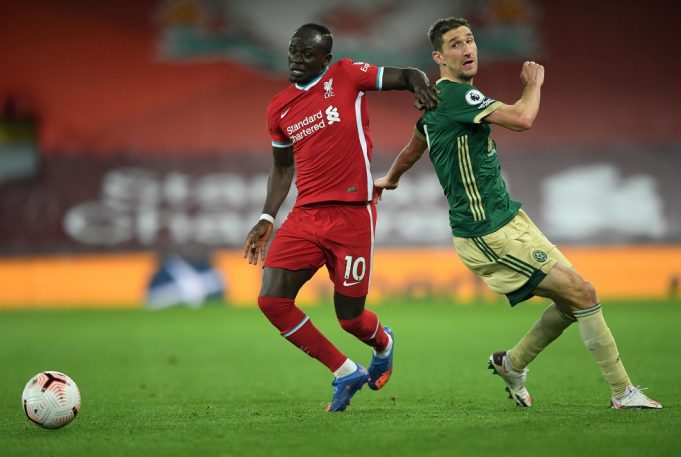 How to watch Liverpool vs Sheffield United United game on TV?

Watch Liverpool – Sheffield United’s games via live streaming online on the internet? Unibet TV and bet365 offer stream and bets on the best matches from European top football such as La Liga, Serie A and many other top domestic leagues in the world via live streaming.

Liverpool vs Sheffield United odds winner – (1 x 2) – Who will win according to the odds?

This is one of the best games of this Premier League season. The scenes from Bramall Lane will be very good and no one knows who is going to win. Will it be Liverpool or Sheffield United who will score the most number of goals?

Liverpool’s injury troubles have not seem to let up at all. Jordan Henderson is set to miss almost two months after picking up a groin injury.

He joins Virgil van Dijk, Joe Gomez and Joel Matip on the list of long-term absentees. James Milner and Fabinho should to training ahead of Sunday’s tie but are nowhere near match-fit. Diogo Jota is set to be assessed further and could earn a spot on the bench.

Klopp also will need to decide on picking Alisson Becker or not in goal. The Brazilian’s father tragically passed away by drowning and could be in need of some personal time off.

Ozan Kabak and Nat Phillips are the natural picks at centre-back while the infamous front three of Mane, Salah and Firmino continues.

As for Sheffield United, they are not without their own injury troubles. John Egan, Jack O’Connell, Chris Basham and former Liverpool man Jack Robinson are all out for Sunday’s fixture. Jayden Bogle got injured after a controversial challenge on him did not get ruled a penalty in Sheffield’s favour.

Sander Berge, Lys Mousset and Jack Rodwell are all sidelined as well, leaving the hosts with hardly any players to pick from.

Who will win the Liverpool – Sheffield United fixture? Are you looking to bet on this game? Then, there are several markets that might be interesting for you. For example, a win for Liverpool has odds of 1.36 since they are the favourites? What are the best odds on Sheffield United and how high are the odds in over 2.5 goals? Here we give you all the info –

If you think about put a bet on Liverpool or Sheffield United there are several good promotions. Especially Unibet and bet365! Combine the best betting offers from Unibet and bet365 to get the most from your betting.

Tonight’s match is the 140th meeting between Liverpool and Sheffield United. The Reds have won 62 games while Sheffield United have managed 31 wins for themselves and the other 45 ended as draws.

Here we will give you answer on the most frequently asked question about Liverpool – Sheffield United.

When it comes to Premier League live streaming It’s up to the provider in every English on how they want to show it. When it comes to Premier League TV Channels it’s often the same providers as the streaming service. The broadcasters list is long and there is always somewhere to watch the games. Check the link for Liverpool vs Sheffield United live stream.