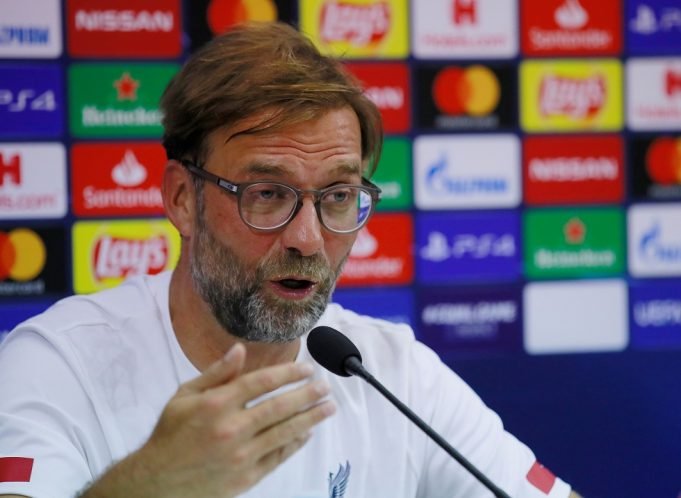 Jurgen Klopp admitted Liverpool were not fully 100% in rhythm during a 2-0 triumph over West Ham United.

The Reds only pulled further forward in their title claim, extendind the lead to 19 points over the rest.

“We could have done a lot of things better but there was only one team who deserved to win,” Klopp told Sky Sports.

“We could have passed better, defended better. Who cares? These players played outstanding football so often, it was a normal performance. We never had 100% rhythm, it is tough to play against such a defensive-orientated team.”

Despite how Klopp may feel about the performance, a chant broke out in the London Stadium about Liverpool’s title clinch. The German boss has refused to be carried away by the premptive celebrations, claiming the Reds are still focused on seeing out the season.

“They can sing whatever they want. Singing it doesn’t mean you are it,” said Klopp in his post-match press conference. “We don’t feel like it is already done. I promise.

“I’m only happy about the three points. We could have done a lot of things better. We could have passed better and defended better. These boys have played outstanding football throughout the season. Tonight was a normal performance.”