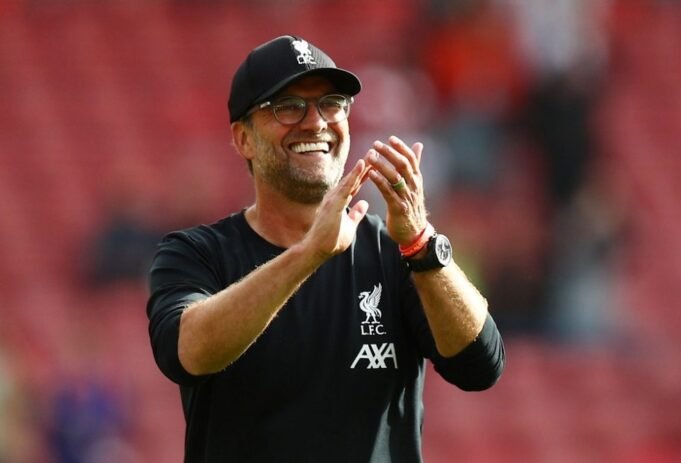 Kvaratskhelia’s contract will expire in the summer of 2027.

Liverpool could make a ‘huge signing’ by winning the race for Napoli star Khvicha Kvaratskhelia. The Serie A player has already made a lasting impression at Anfield, according to journalist Pete O’Rourke.

The Reds broke their club-record transfer outlay when they paid £85million for Darwin Nunez in the summer. Despite investing too high, boss Jurgen Klopp has set his sights on spending even more in the months ahead.

Liverpool and Chelsea are among the clubs battling it out to sign Kvaratskhelia after enjoying an impressive start to his Napoli career.

Manchester City are reportedly in the hunt for the winger as well, along with Real Madrid and Paris Saint-Germain.

Kvaratskhelia only joined Napoli from Georgian outfit Dinamo Batumi during the summer, but it appears the Serie A side is unwilling to sell their talisman unless they recoup substantially more than that figure.

That is because Christian Emile, the 21-year-old’s agent, has revealed that a January move is out of the question and Napoli could seek as much as £86million next summer.

Kvaratskhelia’s contract will expire in the summer of 2027, putting his current employers in a strong negotiating position.

O’Rourke believes luring Kvaratskhelia to Liverpool, ahead of other European heavyweights, would be a serious statement of intent.

The journalist also feels the Georgia international has already shown Klopp what he can produce after impressing in the Champions League group stage clashes against Liverpool.

O’Rourke told GIVEMESPORT: “He would be a huge signing. He has probably been the most impressive player in Europe this season for Napoli, especially in the Champions League.

“Obviously, Liverpool saw him up close in those two games in the group stages, when he gave them real problems.”

The Georgian was among the best players on the pitch, clinching a match rating of 7.7 on his Champions League debut.